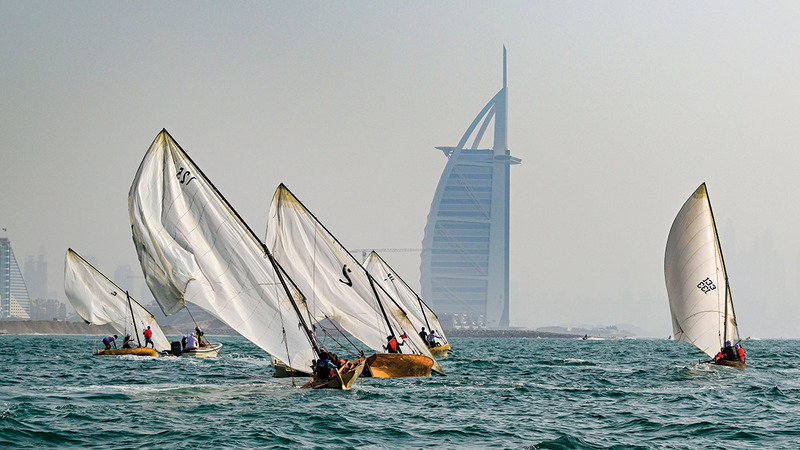 The star of the boat “Theeb 40”, owned by Zayed Al Hosani and led by the captain, Mohammed Al Hosani, shined in the first round of the Dubai Local Sailing Championship 22 feet, which witnessed the Jumeirah Sea for a distance of more than five nautical miles from the island of Daria off the Bulgari resort to the end point “Jumeirah 4” near near The World Islands and Burj Al Arab Hotel.

Al-Theeb 40 managed to reach the finish line first, outperforming all participants to win the top spot in the U-16 category, while the boat “Sultan Al-Khair 32” owned by Nasser Al-Marzouqi and led by Al-Nokhatha Muhammad Saleh Al-Marzouki succeeded in outperforming the participating boats in the youth category. Under 21 years old.

The race had passed through several stations, including the decision of the organizing committee to postpone its launch until after noon due to the condition of the sea, and the committee agreed in its decision. Successively.

As for the youth category under 21 years, it witnessed the superiority of the boat “Sultan Al-Khair 32”, which was ahead of the two boats “Tawaq 13” belonging to the Al Udeid Group and led by Nokhatha Fahd Jassim Mayouf (second) and “Takeoff 118” for its owner Ahmed Younis Al Hammadi (third).

• 43 boats with more than 200 future sailors on board competed for the titles of the Dubai Local Dhow Sailing Race 22 feet.

• The wolf boat 40 is the first to reach the finish line.

• Great participation in the first races of the Dubai Sea season.

The rookie sailor, Mohammed Tariq Al Hosani, who led the crew of the boat 40 to the top of the first round race of the 22-foot Dubai Local Sailing Championships, said in press statements: “The secret of excellence in the race in front of more than 40 boats of the junior and youth categories is due to the good choice The track and the starting place at the starting line, and before that, the team and crew worked hard in training and preparing for the season’s competitions.”