Their forcibly deported… Refugees in Britain chanted “No to Rwanda” 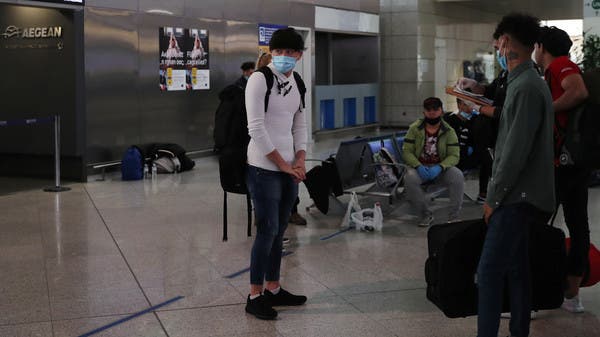 While the first “forced” repatriation of migrants and refugees of various nationalities is expected to leave from Britain to Rwanda on Tuesday, criticism of the British government’s handling of this humanitarian file has risen.

Simultaneously, a number of refugees in several detention centers shouted “No to Rwanda, no to Rwanda”, in reference to the refusal of their forcible deportation.

However, British Foreign Secretary Liz Truss reiterated today that she is leaving the first flight of asylum seekers, adding that anyone who avoids that trip due to legal procedures will travel on a subsequent trip, according to Reuters.

London’s High Court is set to hear final legal challenges against the policy today before the planned first flight departs under the controversial new British policy, after yesterday it rejected recent attempts by human rights groups and activists to stop it.

While the Conservative government has argued that this deportation strategy will undermine people-smuggling networks and stem the flow of migrants who risk their lives to cross the Channel, the United Nations High Commissioner for Refugees has called the plan “disastrous”.

He also held that Rwanda, whose human rights record is under scrutiny, does not have the capacity to process asylum claims, and there is a risk that migrants may be sent back to the countries from which they fled.

In turn, human rights groups criticized the policy, saying it was inhumane and would endanger migrants.

But Prime Minister Boris Johnson stressed its importance, saying it was important to disrupt the business model of the criminal gangs that operate these death boats.

It is reported that as part of an initial deal worth 120 million pounds ($148 million) with Kigali, Britain will send some migrants who arrived illegally by crossing the English Channel in small boats from Europe.