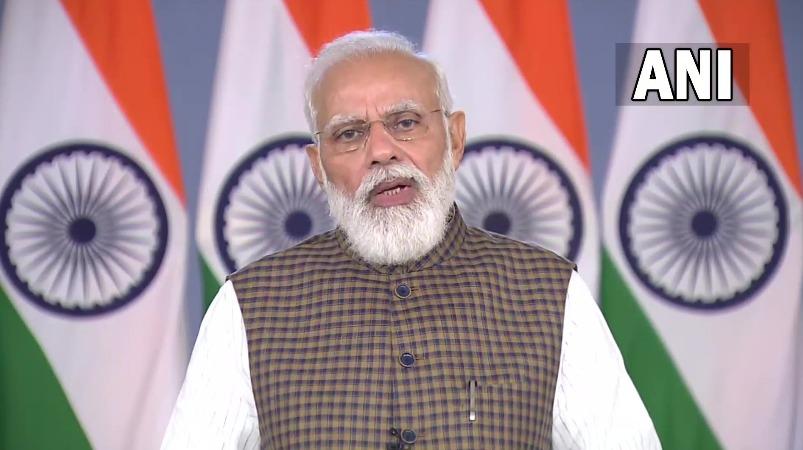 In the last 6-7 years, as the federal government has succeeded in instilling potential confidence in curbing corruption Prime Minister Modi Said.

Central Monitoring Commission and CBI The joint conference is being held in Kvadia, Gujarat. Prime Minister Narendra Modi addressed the gathering via video.

The discussion of this conference is taking place in Kvadia where there is a statue of Sardar Patel who has given high priority to setting up the administration in terms of India’s progress, people’s concern and people’s welfare.

Today, during the Diamond Jubilee of Liberation, as India moves towards achieving its lofty goals, pro-people and effective management and your action-oriented Vida effort will strengthen Sardar Sahib’s ambitions.

To eradicate corruption everywhere in the country CBI And federal monitoring officers must re-dedicate themselves. Corruption deprives the people of their rights, seeks justice for all, hinders the progress of the country and affects the overall power of the country.

The government has succeeded in the last 6-7 years in instilling potential hope to curb corruption. That people can get the benefits of the government scheme without intermediaries and bribes Hope Is. People now feel that no matter how great the corrupt person is, he cannot escape wherever he goes. Political and administrative stability was low in the way governments and government practices functioned in the past. Today there is a political commitment to fight corruption and continuous improvement is being made at the administrative level. Today, 21st century India, with its modern thinking, emphasizes the use of technology for the benefit of mankind. New India discovers, tries, implements.

This government is on the people Hope Has. That is why many procedures for verifying documents have been eliminated. Birth certificate, life certificate for pension etc. are issued through technology without intermediaries.

Steps have been taken to eliminate interview methods for Group C and Group D posts. Faceless practice and online practices from cooking gas booking to taxation reduce the incidence of corruption.

This Hope And the technological approach has strengthened efficient management and made it easier to do business. Old obsolete terms such as permissions and compliances have been removed.

At the same time, a number of stringent laws have been enacted to meet current challenges. As many more compliance requirements are planned and most approvals and compliances become faceless procedures, the transformation of self-assessment and self-notification into a system is encouraged.

The state’s electronics market has brought transparency to the e-contract system. Digital identification practices have made the investigation easier. Likewise, the Prime Minister’s quick power to the National Master Plan will eliminate many of the difficulties associated with decision-making. This Hope And technical travel, anti-corruption systems and central surveillance, CBI Country on the authorities Hope Important.

We must always put the ambition of the country first and we must always determine our mission in the public interest through freezing. I always support the activities of the officers who carry out these.

Caution can prevent corruption and strengthen the anti-corruption system through technology and experience. Caution, simplicity, clarity and transparency with anti-corruption technology will be successful. This will facilitate our work and protect the resources of the country.

We must not be afraid to take action against corruption and ensure that no one who deceives the country and the people of the country is safe anywhere. The Prime Minister instructed the officials. He called on the poor people to remove their fears about government practice. Discuss technical challenges and cybercrime.

Recalling his call on Independence Day to ease laws and procedures, the Prime Minister said the Central Monitoring Commission, CBI And the Prime Minister called for the removal of other anti-corruption systems. You need to strengthen New India’s policy of not tolerating corruption. You have to enforce the laws that people are approaching towards government practice and get corruption out of government practice.