There is no compromise on things that affect ordinary people: Mallikarjuna Karke confirms 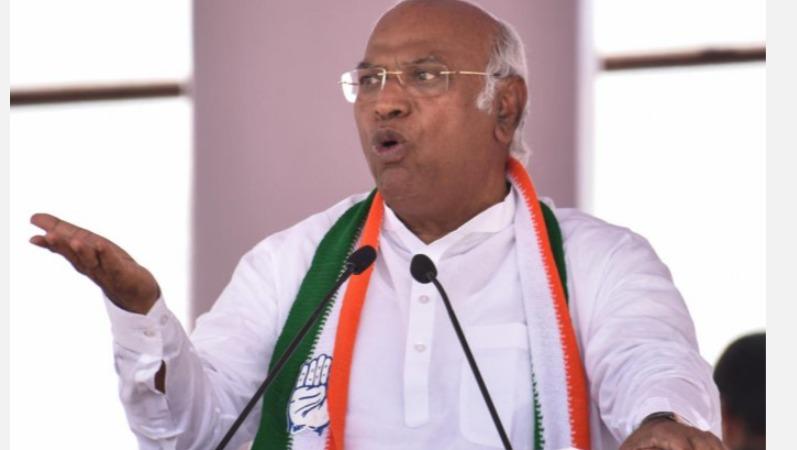 Ghulam Nabi Azad, the Leader of the Opposition in the State Legislature, retired on the 15th. Subsequently, he became the new leader of the opposition Congress Senior party leader Mallikarjuna Karge has been appointed.

Legislative elections are to be held in the state of Kerala in the next two months. For this Congress The party is actively campaigning. In the city of Kollam Congress Mallikarjuna Kharge along with state president Ramesh Sennithala took part in the Aishwarya Kerala Yatra campaign on behalf of the party.

After that, in Thiruvananthapuram Mallikarjuna Karke As stated in the interview:

When I was given this post, the party leader Sonia Gandhi and former leader Rahul Gandhi advised me to pay more attention to the problems of the common people and bring it to the attention of the government.

We raise various people’s issues in Parliament not just for publicity. We raise those issues because it affects ordinary people.

The federal government should withdraw the controversial agricultural laws and send it to the Parliamentary Standing Committee for scrutiny. Prime Minister Modi and the BJP need to listen to the voices of farmers who have been fighting on various fronts in Delhi for more than two months.

Farmers are demanding that the minimum support price be ensured and that the mandi system be put in place Congress Supports. But the government failed to satisfy the farmers.

The central government, using all its officials and departments, identifies the struggling peasants as Khalistanis and Pakistanis. There has been some conspiracy in the incident that took place at the Red Fort in Delhi on Republic Day. The violence was aimed at splitting the peasant struggle.

Petrol and diesel prices in India are at their peak as international crude oil prices fall. The federal government is doing injustice to the people by raising fuel prices.

Faisal Khalil: We have disappeared a little, but we will be in the first ranks behind the national team

Ethiopia: Sudan imposed its claims on the border by force

If you too have fallen in love with the wrong person, then avoid it thoughtfully

Vasco Madueño ready to forgive Guillermo Dávila: “I want to see him face to face”