“There is no place for negligence within the team” .. A strongly worded message from Al-Khatib to Al-Ahly players 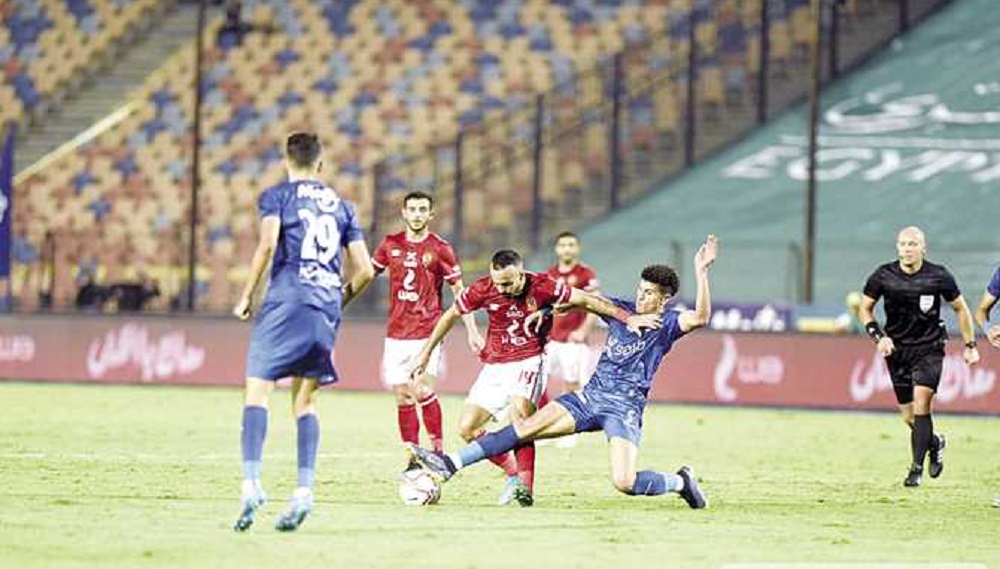 Mahmoud Al-Khatib, Chairman of Al-Ahly Club, threatened the players of the first football team in the Red Castle, due to the negative performance that the players showed during the recent matches, especially the Egypt Cup final against Zamalek.

Al-Khatib sent a strongly worded message to the players of the first football team, after the defeat by Zamalek 2-1 and the loss of the Egypt Cup in the match that was held at Cairo Stadium in the presence of limited fans from the two clubs. A player who does not appreciate the club’s shirt or fails to do his utmost to please Al-Ahly fans. ?

Al-Khatib stressed, through his message to Al-Ahly players, that there is no place for the negligent inside the Red Castle.

Al-Khatib told the players in his message that the club provided them with all means to reach the podiums for the championships, and that Al-Ahly was very keen to provide an atmosphere that would make the team able to win championships and did not hesitate to meet their desires and needs and fulfill all their obligations.

Al-Khatib indicated in his letter that Al-Ahly’s board of directors intends to carry out a corrective revolution within the football team, with the departure of a large number of the team’s players in their various positions, in the event of their continued inaction.

Al-Khatib also stressed during his message to the players that Al-Ahly fans have every right to grieve, get angry and revolt, and that the public puts the club’s interest first and has never failed to support the team, its players and its technical staff, and they have always believed in them, and that this loyalty must be met by the team with sacrifice, race and struggle. Inside the stadium in order to win trophies and put smiles on their faces.