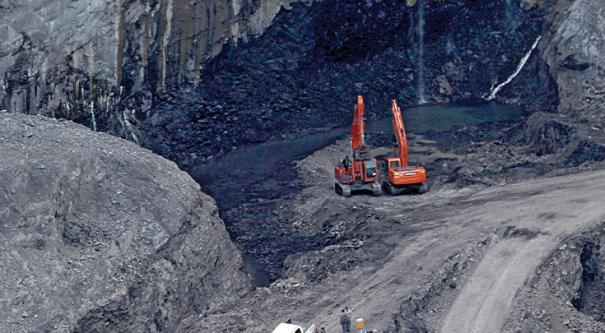 There have been two severe shortages of coal in the past. There was a shortage in October last year and in May this year. Criticism arose that the lack of proper planning was the cause of the shortage. The government said the shortage was due to a very unusual environment. Union Coal Minister Prahlad Joshi recently inspected the operations of the public sector undertaking Neyveli Thermal Power Station. Interview with a Business Line reporter:

You keep saying that there is no shortage of coal. Coal India, meanwhile, is taking steps to import coal. So what is the real situation?

I still say that there is no shortage of coal. The country has 11 to 12 days’ worth of coal (required for thermal power plants) in reserve. 3.36 crore tonnes of coal is in different places. 300 km from the coal mine. Distant thermal power plants have enough coal reserves for 25 days. 500 km Coal is in stock for 15 days at power stations far away.

Coal reserves are replenished for all power plants on a daily basis. The shortage was due to unusual circumstances. The demand for electricity increased as a result of the acceleration of economic activity. At the same time, gas-fired power plants and coal-fired power plants have stopped production due to rising gas and coal prices. The price of coal has risen from $ 40 to $ 210 per tonne. Thermal power plants that partially imported and produced coal stopped importing coal and began to buy locally. Coal production increased by 18 percent last year. During the first two months of the current financial year, the amount of coal mined from coal mines increased by 70 percent.

However, the reason for importing from abroad is due to the upcoming monsoon season. Coal cannot be mined if rainwater accumulates in the mines. It is also difficult to carry coal during the rainy season.

Some have suggested that the next third round will be short-lived. Can we be sure that such an environment will not develop?

Are you saying there will be no shortage of coal in the future?

Of course, I have full confidence that there will be no coal shortage in the future.

You say nothing is possible in the country without coal. At the same time, international rules must be followed to reduce carbon dioxide emissions. How are you going to deal with this situation?

Without coal we will not be able to achieve growth goals. So we need coal for a long time. The problem is that our expertise lies in how we are going to use coal in a way that does not harm the environment. Our role in controlling global warming is equally important. The coal we use must be environmentally friendly. There are many ways to do this. Is to use coal gas and plant more trees.

Coal gas can be extracted from coal ash. We encourage you to implement this by offering product-linked incentives. We are piloting it in four locations with foreign technology.

It is said that thermal power generation will not be profitable in the future. Is there a problem in getting funding for coal mines?

There is no difficulty in getting funding for coal mines. That is why we have sold 47 mines to the private sector.

Financial institutions are reluctant to fund mines. Has the Norwegian Fund announced that it has stopped funding coal mines?

Many countries that previously said they would not use coal have now started using coal. Thus there does not seem to be any difficulty in obtaining funds. The problem here is how to use coal without harming the environment.