“These people ruined my health and life” 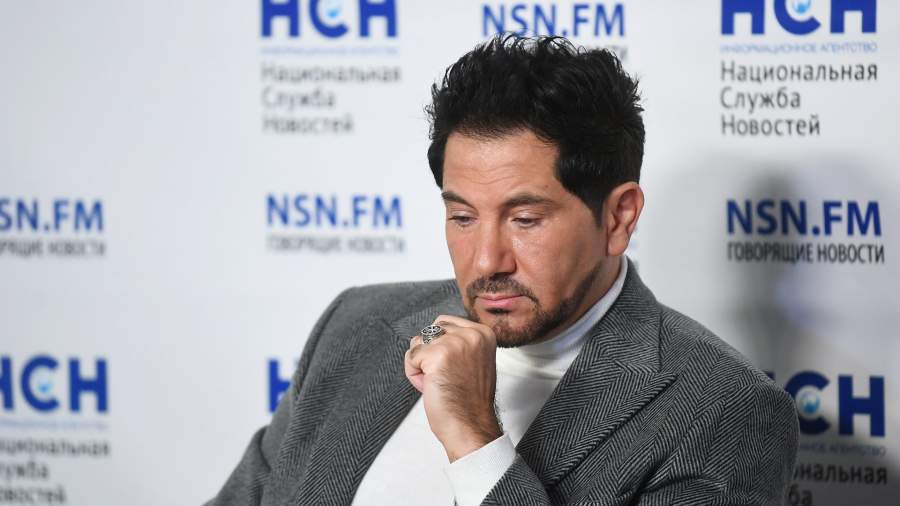 In the Khamovniki Court of Moscow, the jury announced the verdict in the case of the attempt on the life of singer Avraam Russo in 2006, which, according to investigators, was ordered by the former owner of the Cherkizovsky market, Telman Ismailov. Then the singer’s car was fired upon, firing nine bullets, two of which hit Russo. Only two of the three performers found themselves in the dock 16 years later: Vitaly Dzhura and Aleksey Tryasnikov. The third killer, Mikhail Demkin, who directly shot at the singer, is no longer alive. On Friday, On November 25, the jury unanimously found them guilty. The mastermind behind the assassination was out of reach for justice – The Montenegrin authorities granted Ismailov political asylum.

Between the devil and the deep sea

A shot car and pools of blood on the pavement – this is how the place of the attempt on the star looks like in the video late nineties and early two thousandth singer Abraham Russo. August 19, 2006 he was returning home after a concert when unknown people fired at his car. About nine bullets were fired, two of which hit Russo in the leg.

– Entering the yard saw only a flash, felt that his left leg was going numb. I stared at one point in shock. I was awakened by the shout of the guard: “On the gas!”. I gave the maximum gas and was able to bring the car to the end of the streetturned and ended up on the Garden Ring. I lost consciousness and woke up already in the back seat – my security guard threw me there. I lay covered in blood. He shouted: “Don’t die, wake up!” said the singer, who personally came to the court to testify.

According to him, after the assassination attempt, he was in the hospital for 25 days and is still being treated – four months ago he underwent another operation on his leg.

This was not the first emergency that a popular artist had to experience. A couple of years before the attack, in 2004, the singer was kidnapped – they put him in a car and took him to the Praga restaurant on the Arbat. He said that he was beaten there, extorted money, then taken to the Moscow region and kept in the basement until he agreed to give part of his fees. According to Rousseau, both of these episodes are interconnected, and their customer is the same person – the former owner of the Cherkizovsky market in Moscow and the Prague restaurant Telman Ismailov.

In those years, Ismailov was Rousseau’s patron and employer. The singer came to Russia in 1996 at his invitation – the businessman really liked the voice of the rising star, and he invited him to perform in a restaurant. However, over time, producer Joseph Prigogine became interested in Russo, Ismailov did not like this at all, who, according to Russo, “considered himself the master of his fate.”

— Ismailov was unhappy with the fact that Prigogine often invited me to shoot. He called and said: “I’ll cut your throat, mutilate your face, you won’t be able to go on stage,” the singer said in court.

From his words, Prigogine also fought for him with peculiar methods.

– He called me 20 times a day to come back, promised to resolve the issue with Telman. He found thieves in law and sent them to me for a showdown. There were tough threats from Prigozhin that he would tear his last shirt and go to the end, he told the court.

As a result, the singer “was caught between two fires” and in 2003 he decided to leave Russia, but, apparently, he did not have time.

In conversation with Izvestia Prigozhin denied the accusations made by Rousseau, called the singer a “stupid opportunist” and offered to check his words on a lie detector, along the way threatening “the best lawyers in the world.” According to the producer, Russo “just needs a scandal to PR.” The singer himself assured the media that he needed the court for the “triumph of justice.”

— I still believe that there is a God in the world. These people have ruined my health and, to a certain extent, my life.– the singer explained his motives.

But if Prigozhin does not officially appear in the Russo case, then Investigators consider Ismailov to be the customer and his abduction in 2004 and the assassination attempt in 2006. Judge Ekaterina Pakhomova said: the businessman decided to do this “because of hostile relations.” It was not possible to bring him to justice.

Since 2017, the former owner of Cherkizon has been on the international wanted list for the murder of two businessmen – the owner of shopping malls “Stroy Market” Vladimir Savkin and the founder of the company “Lyublino-Motors” Yuri Brylev. A year ago, it became known that he was hiding from justice in Montenegro. There, for a long time, he managed to negotiate with local authorities who were not afraid to have “close economic ties” with international criminals, Milan Knezhevich, head of the parliamentary committee on security and defense of Montenegro, told Izvestia earlier.

The chance for extradition arose only once – in October 2021, when, after the change of power in the country, Ismailov was detained at the request of Russia and placed in the Spuzh prison in Podgorica. Under the article for the murder of two or more persons in the Russian Federation, he was threatened with up to life imprisonment. However, October 22Montenegro still granted him political asylumthe media reported.

Ismailov did not admit his guilt in any of the episodes.

Rousseau told Izvestiya that Demkin’s face, who had shot at him almost point-blank, could not be forgotten to this day—it stuck in his memory. But just this participant in the crime did not live to this day – only his accomplices were present in the dock. Each was represented by two lawyers, and only Jura was in custody during the investigation. Tryasnikov was under house arrest. He participated in the crime as a driver – he drove the main defendants, according to the investigation. After the jury’s verdict was announced, he was taken into custody.

In court, both defendants behaved calmly, and his wife came to support Tryasnikov in court. Rousseau’s wife and daughter also supported the singer “morally and with prayer”, but he did not bring them to court.

From the evidence read by the judge, it appeared that none of the defendants knows either Telman Ismailov or Abraham Russo, “they are not familiar with his work.” This, however, did not prevent both the defendants themselves and their lawyers “with pleasure” to be photographed with the singer. Right after one of the meetings, Andrei Aleshkin, Russo’s lawyer, told Izvestia.

– Tryasnikov himself came up, said, can I take a picture with you? Abraham said – of course, why not? Everyone has a good attitude towards the singer, and he himself is not at all bloodthirsty. He is not driven by a sense of revenge, he forgave everyone a long time ago, but by the desire for a fair response for the crime, the lawyer noted.

There was huge opposition from Telman Ismailov to the investigation into the assassination attempt, he told Izvestia.

— Everything is very simple – Ismailov’s financial capabilities allowed him to evade responsibility for a very long time. We will leave aside the methods by which he did this, but the criminal case, which was initiated back in 2006, was suspended many times. After the change of power in Moscow, his political influence on the investigation through officials at various levels began to decrease, “and the matter slowly began to spin.” That is why the criminals ended up in the dock only 16 years later,” Andrey Aleshkin said.

No statute of limitations

According to the lawyer, a lot of evidence in the case over the years turned out to be lost in whole or in part. Whether this was the result of the “pressure” of the ubiquitous Ismailov or simply a combination of circumstances, it is impossible to say for sure, he clarified. Rousseau has been interrogated many times, most recently two years ago when the assassination case became “active” again. The kidnapping case was terminated after the statute of limitations had expired, but the murder does not have such terms, the lawyer noted.

In his opinion, Russia should seek from Montenegro the abolition of political asylum for Ismailovbecause he is accused not only of the attempt on Russo, but also of other crimes.

Despite Ismailov’s loss of the lion’s share of his influence, the issue of Russo’s personal security remains relevant, the lawyer believes.

— Abraham still has state protection. Hope it gets extended and expanded.so that he has two or three people. This is especially important now, after the verdict has been delivered,” the lawyer said.

Today Russo still leads an active touring life, he recently had a concert in Moscow. Because of the attempt on the health of the singer, severe harm was inflicted, he is entitled to material and moral compensation, said the lawyer. Based on the verdict, a debate of the parties will take place in the coming days, during which the defendants will be asked for terms.