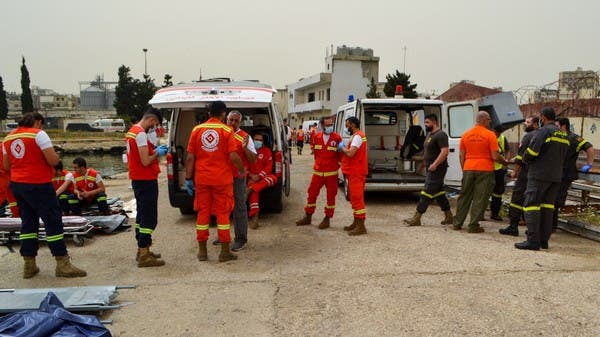 The tragedy of the boats of death returned to Lebanon again. The army command announced in a statement on Friday that a patrol of the Intelligence Directorate in Tripoli had suspended citizens while they were preparing to smuggle about 85 people illegally across the sea.

She added that the defendants used a boat that they purchased, equipped and maintained using a sum of money they collected from these people, estimated at approximately $400,000.

It also continued that it had seized the boat in the port of one of the tourist resorts, confirming that an investigation had been opened with the detainees under the supervision of the competent judiciary.

Today, this operation brought to mind what Lebanon witnessed last week of the sinking of a boat containing about 60 migrants, which had set out from the Qalamoun region and sank opposite the city of Tripoli, 80 km from Beirut in the north of Lebanon.

At the time, the commander of the navy in the Lebanese army, Colonel Haitham Dannawi, explained the circumstances of the tragedy that the number of victims reached 10 people, including a girl, while the army rescued 45 others, confirming the presence of missing persons whose fate is unknown.

He also added that the boat was made in 1974 and is a small boat, 3 meters in width and 10 meters in length, and it is allowed to transport only 10 people, and there are no safety means in it, explaining that its captain (M.R) tried to escape, and collided with a navy boat, and he was arrested without Use any weapon.

As for the sinking of the boat, it was caused by water leakage due to the height of the waves and its excessive load.

The Lebanese government is interfering

It is noteworthy that the Lebanese Navy worked, with the support of helicopters and a Cessna plane, to withdraw the boat and rescue most of those on board, at a time when the army pushed military reinforcements to the vicinity of the Tabbaneh area in the city of Tripoli, and intensified its procedures at the port amid the continuation of search operations yesterday night and day today. about survivors.

It called on the Lebanese government, in turn, to expedite the disclosure of the circumstances of the sinking of the boat, and considered it a necessary issue to know the truth behind the causes of the painful accident.

It is noteworthy that the United Nations had announced on Friday that more than 3,000 people died or went missing while trying to cross the Mediterranean and the Atlantic Ocean to reach Europe last year, a toll that is double that recorded a year ago.

Of the total recorded in 2021, 1924 people were announced dead or missing on the roads of the central and western Mediterranean, while 1153 additional people died or lost their tracks on the sea route in northern West Africa leading to the Canary Islands.

She added that the number of deaths announced in 2020 reached 1544 on both roads.