They pulled him out from the heart of the torrents.. Watch Saudis rescue a terrified elderly 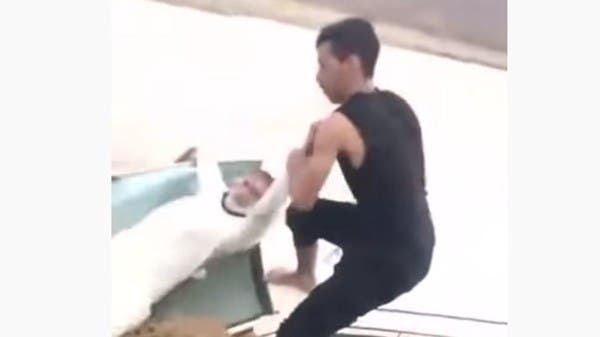 Amid torrential torrents, young Saudis mobilized to help an elderly Pakistani whose car got stuck in torrential waters that do not stop.

A video clip spread on social networking sites showed the elderly man with water surrounding his four sides of his car in Yanbu. A Saudi young man hurried and pulled him out of the car and then pushed him to safety while another was waiting for him.

The other young man was caught by the elderly videographer, who tried to express his thanks to them by various means.

It is noteworthy that the National Center of Meteorology noted in its weather report two days ago that the opportunity is still ripe for thunderstorms accompanied by hail, leading to torrential flows and active winds over parts of Najran, Jazan, Asir and Al Baha regions, in addition to the heights of Makkah and Madinah.