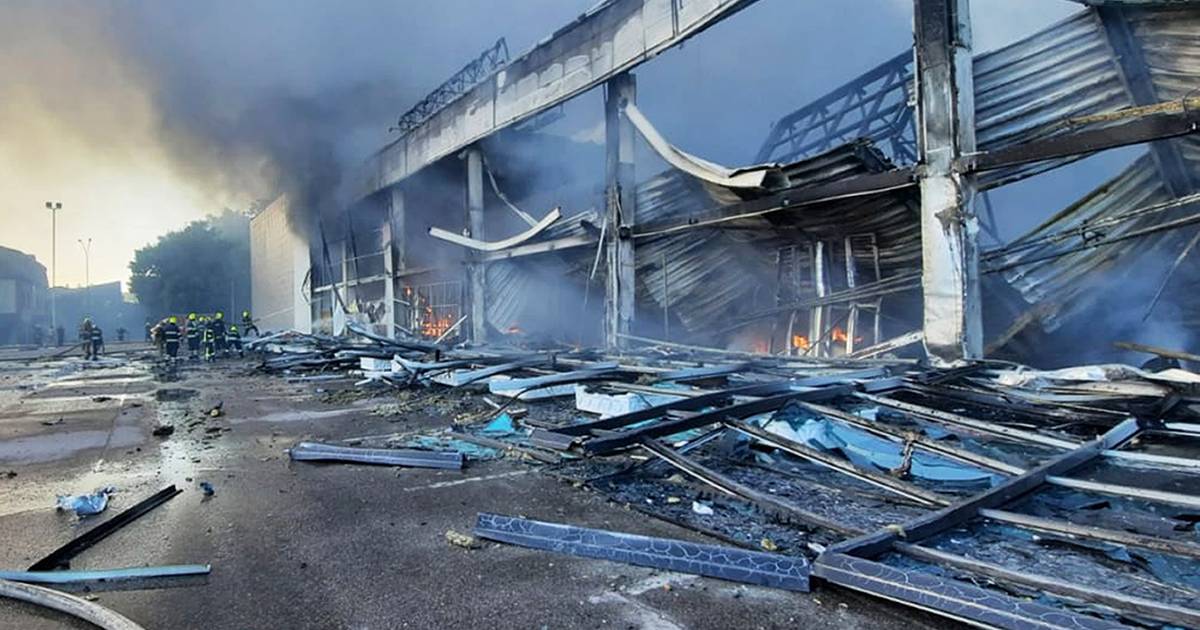 with videoThis afternoon around 4 p.m. local time, a shopping center in the Ukrainian city of Kremenchuk was hit by a Russian missile. At least ten people were killed and forty injured.

A large part of the 10,000 square meter building has gone up in flames. The fire brigade is currently busy with rescue work. At least thirteen people are dead and forty injured, nine of which are in very bad condition. The final death toll could possibly be a lot higher. According to Ukrainian President Zelensky, there were about 1,000 people in the complex at the time of the attack.

Kremenchuk is located about 130 kilometers from Russian-occupied territory. It appears that Russia used a precision missile for the attack. That could indicate that Russia deliberately hit a civilian target. There are no military targets in the area, Ukraine said.

“The shopping center posed no threat to the Russian army. It had no strategic value,” President Zelensky said in a statement. “People just want to lead a normal life, which is exactly what makes the occupier so angry. Out of powerlessness, Russia continues to attack ordinary people. It is a vain hope to expect reasonableness or humanity.”

Dmitro Lunin, governor of Poltava oblast, spoke of a ‘war crime’. “This is an overt and cynical act of terror against the civilian population.”

World leaders are also speaking out about the attack. British Prime Minister Boris Johnson condemned Russian President Putin for his “cruelty and barbarism”. “An absolute horror,” French President Macron called the attack, “about which the Russian people should know the truth.” US Secretary of State Antony Blinken said “the world is shocked.” A United Nations spokesman called the attack “horrific.”

Russia has not yet commented on the incident. It has so far always denied that it deliberately shoots at civilian targets.