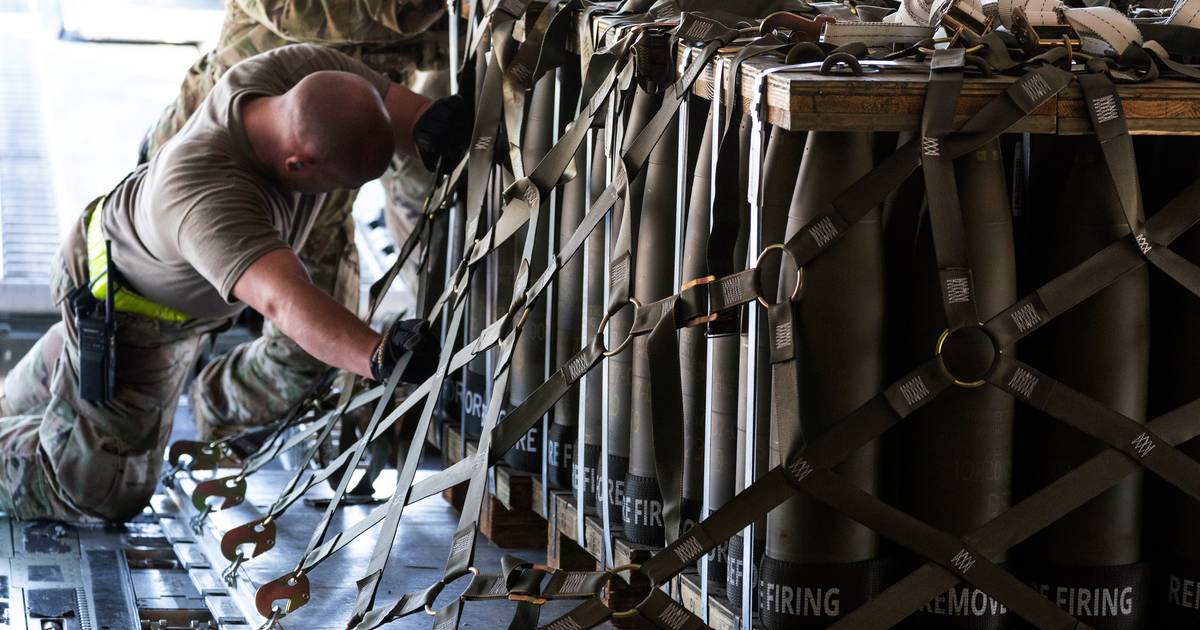 The ‘second’ major Russian offensive, now concentrated in eastern Ukraine, is said to be behind schedule. Moscow hoped to have advanced much further in the Donbas region by now.

The latter, according to a top official at the Department of Defense in Washington. The intention of the Russians was to have achieved some success in encircling the Ukrainian troops in the east in view of the upcoming 9 May celebration in Moscow (the day of the victory parade over Nazi Germany), but the Russian troops encountered fierce opposition. resistance, partly thanks to the increased Western arms supplies. Ukrainian President Volodimir Zelensky commented on this in his nightly video. “We hit the occupiers in every direction they try to advance. The situation in the Kharkiv region is difficult, but our military and intelligence services have achieved significant tactical successes.”

Incidentally, a Kremlin spokesman said that on May 9, no foreign leaders were present at the military parade in Moscow. This absence is probably also related to the war in Ukraine. Also, the leaders of some countries that have not condemned the invasion of Ukraine may not want to be seen in public at a military show with Putin.

In the meantime, the heavy artillery shelling continues on the front in Donbas, as can be seen in a report by the British channel in addition to satellite images Sky News† Heavy fighting is taking place near the town of Rubizjne in the Luhansk province and south of the city of Izium. The Ukrainian army is said to have blown up a railway bridge in the Donetsk region yesterday when a Russian freight train passed over it. According to the online newspaper Ukraine it was an important connection at the epicenter of the fighting in eastern Ukraine.

In Thursday’s missile attack on Kiev, a journalist from the American channel turns out to be Free Europe to have died in one of the hit flats. Meanwhile, arrests are also being reported from the Kharkov region where the Ukrainian army is said to have made territorial gains north of the city. Ukrainian security services are said to have detained more than 400 civilians accused of collaborating with the Russians.

A spokesperson for the US Secretary of Defense has confirmed that the United States is training Ukrainian soldiers in Germany, among other places, in the use of new military equipment. The Ukrainians learn to use the latest American howitzers and other advanced weapon systems. Poland is supporting neighboring Ukraine in its fight against the Russians with the delivery of more than 200 Soviet-era T-72 tanks. The vast majority of them would already be in Ukraine, the Polish radio news agency IAR reported citing government sources.

No breakthrough on the diplomatic front, but Russians and Ukrainians are still negotiating daily to end the war, said Russian Foreign Minister Sergei Lavrov. In an interview with China’s Xinhua agency, however, he said the video calls were not going well due to “militant rhetoric and incendiary actions by Western Kiev supporters.”

Ukrainian President Volodimir Zelensky hinted last night that Ukraine is likely to break off diplomatic negotiations with Moscow. Because they yield nothing, but mainly because of the anger in his country about the misdeeds of Russian soldiers, according to the president. Ukraine reports civilian casualties every day: nearly 1,200 corpses of civilians are said to have been discovered in the Kiev region alone. The UN High Commissioner for Human Rights recently estimated the number of civilian casualties in Ukraine to be at least 2,899 but fears the real numbers may be significantly higher. In the interview with the Chinese, Lavrov says that the Russian army did everything to avoid civilian casualties.

It was remarkable that the same Lavrov in another interview – with state news agency RIA Novosti – now again says that Russia is not at war with NATO. In doing so, he seems to be weakening the threatening words he used this week. Lavrov then said that Russia was basically at war with the military alliance because of the Western countries’ arms transfers to Ukraine. He also warned that the danger of nuclear war is great and that there is a ‘real’ danger of a third world war. Zelensky reiterates that talking directly to Kremlin boss Vladimir Putin is the only option as he says there is only “one man in charge in Russia”.

Russia says about 1.02 million people have been taken “to safety” from Ukraine to Russia since Feb. 24. 120,000 of these refugees would come from the Donetsk and Luhansk regions. Ukraine claims that the Russian government has deported thousands of people to Russia against their will. In total, according to the United Nations, more than 5.4 million people have fled abroad from Ukraine. More than 3 million of them fled to or via neighboring Poland.