” This is Dravidian soil; Periyar soil: Modi’s work will not work in Tamil Nadu ” – Stalin’s speech 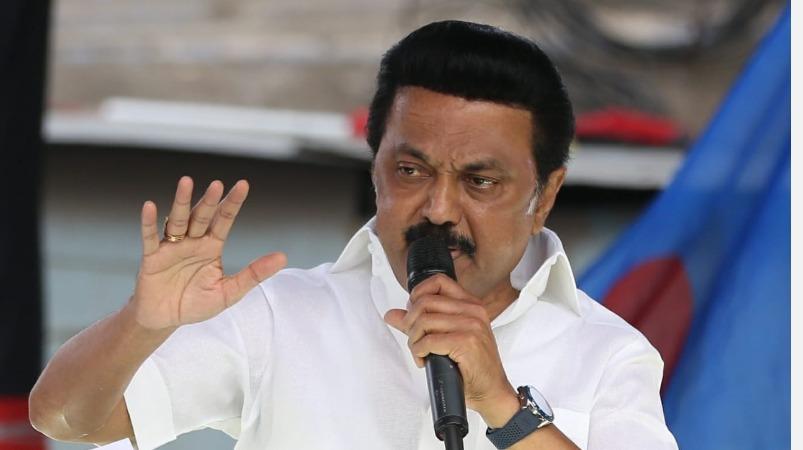 I have come to ask for your support with the right to ensure that the secular Progressive Alliance candidates win the legislative elections by a large margin of votes.

I have come to Madurai from the South Zone. I have come to this soil where people live with moisture and bravery in their hearts. His son is the leading artist who marched from Madurai to Thiruchendur seeking justice Stalin I have come to vote for you.

Now I come to the Modi-Palanisamy issue. There are many examples of the extent to which Modi and Palanisamy are deceiving the people. An important example of this is Ames Hospital.

Modi announced in Parliament in 2015 that they were going to start that AIIMS hospital. Then, in the run-up to the 2019 parliamentary elections, Modi hastily brought them to Madurai and laid the foundation stone.

Now 2021. So far not a single brick has been placed there. So Modi and Palanisamy will not do any good to Tamil Nadu. This hospital is an example of that.

Modi announced on behalf of the central government that a total of 15 hospitals would be started in India. Of these, work on 14 hospitals is underway in various states. But that work has not yet begun in Tamil Nadu alone.

The federal government has allocated funds to other states and that work is underway. But no funds have been allocated so far in Tamil Nadu. They say we have asked for funds in Japan if asked. I ask, what Tamil Nadu is Japan? AIIMS Hospital is functioning in a temporary building in the state of Gujarat.

So now Modi and Palanisamy have teamed up. Do you want to close this pair? Don’t you

This Madurai has so many specialties. But there is an ugly one. Cellur Raju – Udayakumar – Rajan Sellappa is the symbol of that ugliness. Wrestling disputes are going on between these three. So there is no progress in this Madurai district.

After Jayalalithaa’s demise, the OPS was made to sit as chief minister. He was the one who betrayed the OPS and said that Sasikala should become the Chief Minister.

After Sasikala went to jail, Palanisamy said he was the chief minister. Look at how much betrayal. Apart from maximizing his income from being the Minister of Revenue, has he maintained the revenue sector well and served the people?

AIADMK has been corrupting and corrupting this Tamil Nadu for 10 years. Is lying.

What I want to ask of you all at this time is that even an escapee is an ADM. The candidate should not even win. BJP Not going to win. Wash it out.

In other states, Amit Shah and Modi can do the trick. But this is Tamil Nadu. Here they will not be taken for granted. But an A.D.M.K. MLA Even if it wins, it will still be the AIADMK. MLA Not; BJP MLA That’s it.

An example of this is the son of Panneer Selvam, who won in Theni. Not acting as an MP. BJP He is an MP.

If we stand before you today on behalf of the DMK and ask you to vote majestically, what have we already done when we were in charge of the regime – we are majestically recounting the projects that the five-time artist has done for the people of Tamil Nadu as a whole during his tenure as Chief Minister of Tamil Nadu.

We have now released the election statement. I would like to point out just a few of them. The first thing we will do when we come to power is to bring that resolution to the legislature and pass it, to repeal the three agricultural laws to improve the living standards of the farmers.

We are going to create a separate budget for agriculture and the farmers’ market will be created again. Rs. 2500 per quintal of paddy, Rs. 4,000 per tonne of sugarcane, Minimum support price for all food items, Separation in agriculture to promote organic farming, Natural Agricultural Research Center will be set up in the name of Nammazhvar, Free three-phase electricity will be provided to all farmers who have applied for electricity connection. Will be discounted. I have already said this while speaking at a people’s gram sabha meeting held in Tiruvallur district on the first day of Pongal last Pongal. After that Chief Minister Palanisamy has said the same thing. I ask, hasn’t this come to mind in 10 years?

So the people of Tamil Nadu should think and vote before they vote. This is an election to preserve our self-esteem.