This is how the Saudi composer Talal Bagher mourned 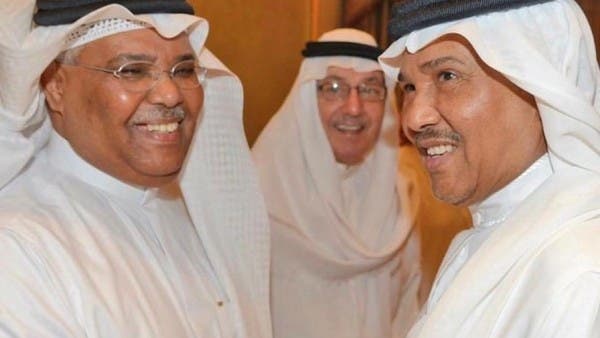 
Saudi artists mourned the composer Talal Bagher, who passed away this morning, after being infected with the new Corona virus, after which he was admitted to the hospital and his condition deteriorated until his death.

Where the artist Mohammed Abdo expressed his great sadness at the departure of the musician and composer Talal Bagher, and described him as a close friend and dear brother, and pointed out that during the friendship journey that brought them together for 50 years, he did not see anything wrong with him and heard nothing but the best from him.

While the artist Abdul Majeed Abdullah wrote: May God have mercy on you, Talal Bagher, one of the artistic symbols, may God honor his home and make his abode heaven. We belong to God and to Him we shall return. The artist Latifa wrote on her Twitter account: “A thousand mercy and light on his soul.. A great artist and a very respected human being.. God Almighty’s survival and permanence.”

The Association of Culture and Arts in Jeddah also called him, and the association’s official account on Twitter wrote today: “With faithful hearts satisfied with God’s judgment and destiny, we mourn the late, God willing, the musician Talal Bagher, and we ask God for mercy and forgiveness.”

It is noteworthy that Talal Bagger is a Saudi composer, born in 1376 AH in the city of Jeddah. He headed the Music Committee of the Saudi Arab Society for Culture and Arts in Jeddah. He composed many distinguished works by Saudi and Arab artists, most notably Talal Maddah, Muhammad Abdo, Abadi Al-Jawhar, Abdul Majeed Abdullah, Diana Haddad and others. .

The first melody of the late was with the artist Ali Abdel Karim in the song (Ya Khali), then he presented two works with Talal Maddah: (Awafi) from the words of Youssef Rajab, and (Gharib Habak) from the words of Prince Muhammad Al-Abdullah Al-Faisal, and a tune by the artist. Muhammad Abdo composed a number of songs, including “Sana Al-Fadda, Sayed Al-Ghanadir, Jitny Welcome”.

During his artistic career, he received a number of important awards and honors, the most recent of which was the Prince Abdulaziz bin Saad bin Abdulaziz Al Saud (Imprint) Award in its third edition in 2020 in the “Ibdaa” branch.

Corona vaccine for babies from next month? – Manzuk Mandavia Indication

Photographer of the Eid prayer hall that hangs over mountains in Saudi Arabia: Fifa lives with me

The number of female employees will double in three years; KFC

In pictures.. Mohamed Salah is among the stars of art and sports in Egypt