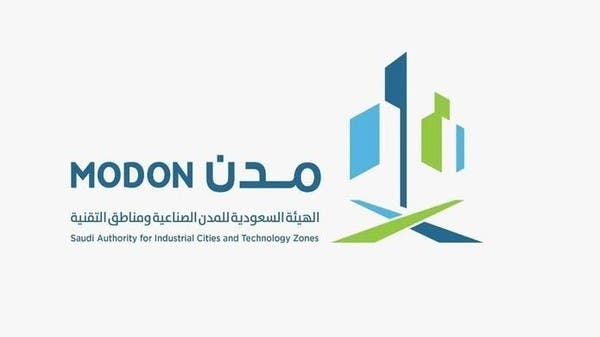 The Saudi Authority for Industrial Cities and Technology Zones “Modon”, revealed its success in localizing 13 of the 17 sustainable development goals of the United Nations, in partnership with the public and private sectors.

Director of Marketing and Corporate Communications Department, and official spokesman, Qusai Al-Abdulkarim, confirmed that MODON, based on its pivotal role in achieving the objectives of the Saudi Vision 2030 and the initiatives entrusted to it in the National Industrial Development and Logistics Program “Ndaleb”, contributes to supporting the Kingdom’s openness to the world as an active member of the The Group of Twenty “G20” is an influential party in making global economic policies, in addition to being at the top of the list of the largest economies in the Middle East region.

He added that decent work and the growth of the economy, as well as partnerships to achieve the goals, are main axes within MODON’s strategy to empower the industry and contribute to increasing local content in line with Saudi Vision 2030, and its initiatives in the National Industrial Development and Logistics Program “Ndaleb”, as it works to strengthen Partnerships with the public and private sectors to contribute to attracting and localizing value-added local and international investments to diversify the national economy by relying on industry as a strategic option, in order to lay the foundations for sustainable development, in addition to providing job opportunities and supporting projects for entrepreneurs and small and medium enterprises in the industrial cities.

The Director of Marketing and Corporate Communications said that MODON is working on developing promising cities and exploiting the investment advantages in various regions to contribute to the establishment of sustainable cities and local communities, including attracting the multi-purpose cooperative factory in Al-Akkas to establish a factory for packaging and packaging local agricultural products in the industrial city of Asir. It is part of the program for sustainable agricultural rural development in the Kingdom 2018-2025, while also working to provide infrastructure, facilities, services and innovative products to achieve safe investment for its partners.

On the goal of clean water and sanitation, he stated that industrial cities are witnessing an increasing efficiency in the optimal use of water, and a great development in the sewage services system, where all industrial wastewater resulting from industrial activities is treated to be used in agricultural irrigation projects and as a water source for factories, where it is The use of 48% of the total treated water so far according to the criteria of its optimal use, and the target is to raise the percentage to 70% by 2030.

MODON has also created sustainable solutions for water use, for example, the Modon Lake project in the second industrial city in Dammam on a total area of ​​400,000 square meters, which includes the largest developed artificial lake in the Kingdom, which is renewable water treated in an environmentally friendly manner on an area of ​​​​210 thousand square meters. It represents 52% of the total project.

He pointed out that supporting industry and innovation is the basis of MODON’s strategy to contribute to economic development, through its supervision of 36 industrial cities that include more than 4,000 factories between producer and existing, under construction and establishment, including more than 1,000 ready-made factories with an area between 700 m 2 and 1500 m 2 to support pioneers. Entrepreneurs and small and medium enterprises.

It also seeks to help factories digital transformation and achieve the highest rates of production efficiency by setting transformation plans to apply the principles of operational excellence and the techniques of the Fourth Industrial Revolution to 100 existing factories to be an example for the rest of the manufacturers.

He pointed out that MODON has signed cooperation agreements with academic institutions and Saudi universities to stimulate innovation in the industry, including: with King Abdullah University of Science and Technology (KAUST), to support and implement research projects that help create a knowledge-based economy through scientific research, and King Abdulaziz University to improve the competitiveness of the industrial sector. The local industry has reached international levels, and a cooperation agreement with King Abdulaziz City for Science and Technology “KACST” to implement research and field projects related to technologies for energy production, air conditioning and water treatment with renewable energy, in addition to knowledge exchange between “MODON” and city researchers in implementing joint studies and projects, and working on Publication of research results for the benefit of the largest possible group.

And he indicated that MODON supports global trends to preserve the climate through its environmental management system (MODON Environmental Management System-MEMS), which contains 8 programs, including programs for monitoring ambient air quality through 11 air quality stations distributed in industrial cities, and environmental inspection of industrial facilities in compliance With the ISO-14001 system, in addition to the environmental systems automation program using specialized databases, as well as wastewater monitoring programs, the quality and quality program QA/QC for the project in partnership with the British company Ricardo-AEA, and a qualification program to build national competencies.

As part of its integration with the public and private sectors, MODON supports responsible consumption and production by making its industrial cities more suitable for living and working, and the exploitation and recycling of waste resources. This includes attracting the “Dislawa” company working in the manufacturing industries of dates in the industrial city of Shaqra to exploit the surplus and wasted dates and provide New healthy and suitable alternatives for the local market, in addition to the start of “Modon” to implement the concepts of the circular economy starting from the Second Industrial City in Dammam with field visits to a total of 100 factories in line with the Kingdom’s initiatives during its presidency of the G20 Summit last year 2020, where a number of factories will be selected according to technical criteria Minutes to draw a road map to realize the principles of circular economy in their industrial activities.

He added that MODON’s contribution to the production of clean and affordable energy is evident through its incubation of 23 factories in 12 industrial cities to enable supply chains and the localization of the main components of the renewable energy sector, in addition to allocating 12 million square meters to the Ministry of Energy to develop two renewable energy plants with a capacity of 600 megawatts in The Third Industrial City in Jeddah, and the Industrial City in Rabigh.

With regard to the goal of quality education, Al-Abdulkarim noted that the Modon Academy for e-training was launched to enhance the concepts of self and continuous learning and to develop the knowledge and skills of employees at any time and from anywhere. Business, financial programs, computer programs, occupational health and safety and others, in addition to cooperating with the best international universities to provide training programs and preparing leaders, such as Harvard University and London Business School, in addition to the industrial cities hosting training centers from the public and private sectors to hone the capabilities of human cadres working in factories.