‘This is how you can win’ – It is necessary to review the EVM machine: Priyanka Gandhi insists 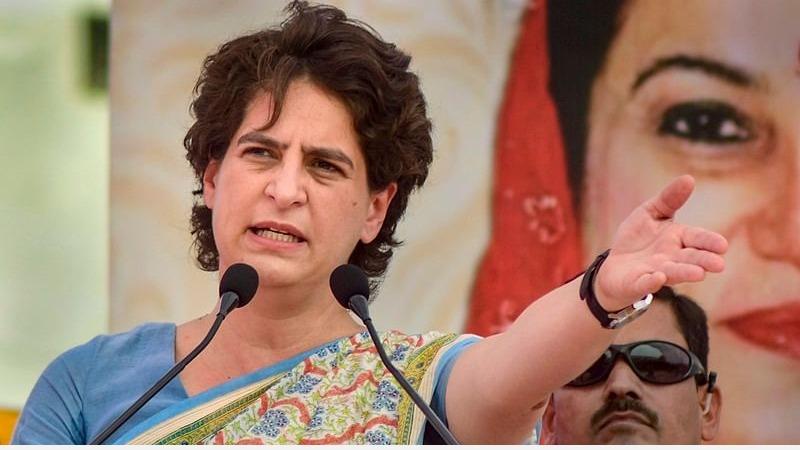 The second phase of polling for 39 constituencies in Assam took place yesterday. Nothing major happened except the violence in some places. 76 percent of the vote took place.

The violence in the Karimganj area was widely shared on the social networking site. After the polls closed, MV from Karimganj Ratnari constituency was elected. A vehicle was arranged on behalf of the Election Commission to transport the voting machines to the polling booth set up at the school. But, it was too late for that vehicle to arrive.

Thus, the officer in charge of the polling station suddenly arranged a private vehicle and loaded the electronic voting machines in it. It was only later that it came to light that the vehicle belonged to a BJP MLA from Battarkandy constituency.

However, an Assam journalist took a video and posted it on a social networking site of an electronic voting machine being loaded into a vehicle belonging to a BJP MLA. This video is viral. The Election Commission has suspended four election officials in connection with the incident.

In his comment, he said, “Unsurprisingly, some things are normal. 1. The vehicle carrying the EVM machine belongs to a BJP candidate or their relatives. 2. These incidents are videotaped but then they are dismissed without being noticed. Guilty and losing them.

The truth is that a lot of incidents happen and none of them happen against them. The Election Commission should take immediate action on the complaints. EVM machines There is a need for national parties to reconsider their use. “

Assam Congress senior leader Gaurav Gokhale said on Twitter, “This is how the BJP can win.

Congress alliance leader Bahruddin Ajmal posted on Twitter, “Separatism has failed. Voting has failed. Candidates have failed to buy prices. Empty words have appeared. Two chief ministers have failed. The dual position on the CAA has emerged. The BJP’s last resort is to steal EVMs.” He said.

Security men in Hajj .. a caring hand and a watchful eye

There is no power in this world other than love. So I made this decision: Pooja Hegde

‘Vakil Saab’ trailer .. Power Star is coming, it is a festival for the fans

The first since the cease-fire .. Israel bombed a site in Gaza

Mahesh Babu on the shores of Visakhapatnam .. for the first time in his career! Superstar Daring Step ..

Trinamool can rule only if it wins 200 seats in West Bengal elections: Mamata Banerjee warns again