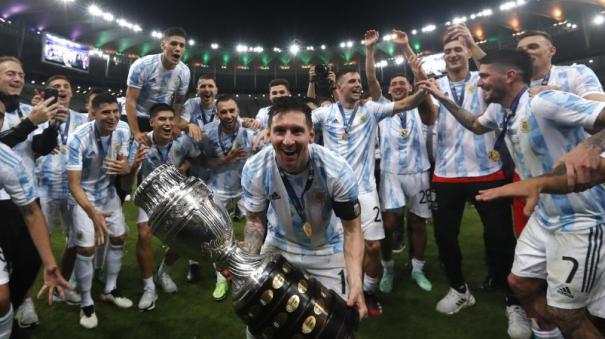 Lionel Messi is hailed as the star player of the football world. Argentinian player. But he has fans all over the world. In this case, he said that the upcoming Qatar World Cup series is his last series.

The 35-year-old Messi has been playing internationally for his national team since 2005. So far he has played a total of 164 matches and scored 90 goals. These are the only goals he has scored for Argentina. Apart from this, he also participated in incidents where his teammates assisted to score many goals. So far he has played in four World Cup series. The Qatar World Cup series will be his fifth series.

“This is definitely my last World Cup series. I am counting the days until this series starts. A little nervous. What is going to happen? How is my last streak going? I couldn’t wait for that moment. At the same time it should be excellent.

Anything can happen in a World Cup series. Every match is tough. It is always difficult for favorite teams to win. I don’t know if Argentina is the favorite team. But our team’s history is on that list. There are better teams than us in this series,” said Messi.

He is currently out of action for PSG due to injury. The Football World Cup series in Qatar is set to begin on November 20. Argentina are placed in Group ‘C’.