This is the longest stone corridor in the world 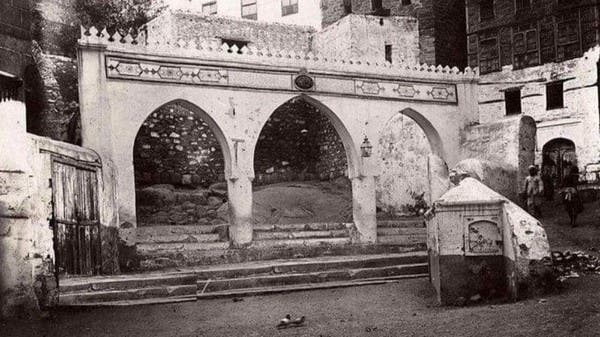 The endeavor in the Grand Mosque is considered the longest portico of its kind in the world, which witnessed developments in its construction, after it was dirt and was paved with stones and roofed.

He added: Over the course of 13 centuries, the quest remained the sky as its roof and the dust as its bed, and the one who wanted to go ascended to Safa, until he sees the house, faces the qiblah and supplicates to God Almighty, and then seeks to go to Marwah, and on his way a little after Safa, he meets a valley and his feet are set in the valley. He jogged until he crossed it, then continued his quest to reach Al-Marwah, and when he reached Al-Marwah, he climbed on it until he saw the house, and supplicated to God Almighty.

The endeavor is in its latest development

Al-Masaa witnessed several developments in the past, as 12 steps were built on Al-Safa and 15 degrees on Al-Marwah, in order to facilitate climbing on them. It also witnessed several renovations in the stairs. Musaffah is covered with the “Zinc” tutu, and its shade has benefited all the seekers between Safa and Al-Marwah.

He said when King Abdul Aziz Al Saud – may God have mercy on him – took power, he ordered that the Masaa’ be paved with square stones, and that it was built with Al-Noura. Dust from it because of the couriers.

And he indicated that King Abdullah bin Abdul Aziz’s project to expand the Grand Mosque’s endeavor is the largest expansion witnessed by the endeavor in its history, with the aim of facilitating the performance of rituals for pilgrims and Umrah pilgrims, and this expansion led to an increase in the width of the total endeavor to double. Exploiting the areas adjacent to the sanctuary, the number of floors reached four floors, with a total area of ​​more than 87 thousand square meters, after the total area was approximately 29 thousand square meters, an increase of more than 43 thousand square meters before the expansion, while the total building areas in all floors of the pursuit and services areas amounted to about 125 A thousand square metres. Which certainly means significantly reducing overcrowding and thus ensuring the safety of pilgrims and Umrah pilgrims.

This great achievement provides visitors to the House of God three floors and four levels of pursuit that are directly related to the roles of the first Saudi expansion of the campus. While the role of the new Mas’a roof rises from the floors of the current campus, and is accessed by escalators and elevators, in addition to three flyovers, and a funeral corridor from the Mas’a basement to the eastern courtyard through a slope with appropriate inclinations to provide comfort.

The project includes the expansion of the Al-Safa and Al-Marwa areas in proportion to the transverse and vertical expansion, and the installation of 4 new escalators from the Al-Marwah side, to transport visitors outside the Masaa’a, so that pilgrims and pilgrims can leave easily after completing their rituals. The new expansion provides corridors designated for people with special needs, in addition to providing gathering areas at Al-Safa and Al-Marwa areas.