This is the winner of Heel Holland Bakt: ‘I was sick of the nerves’ 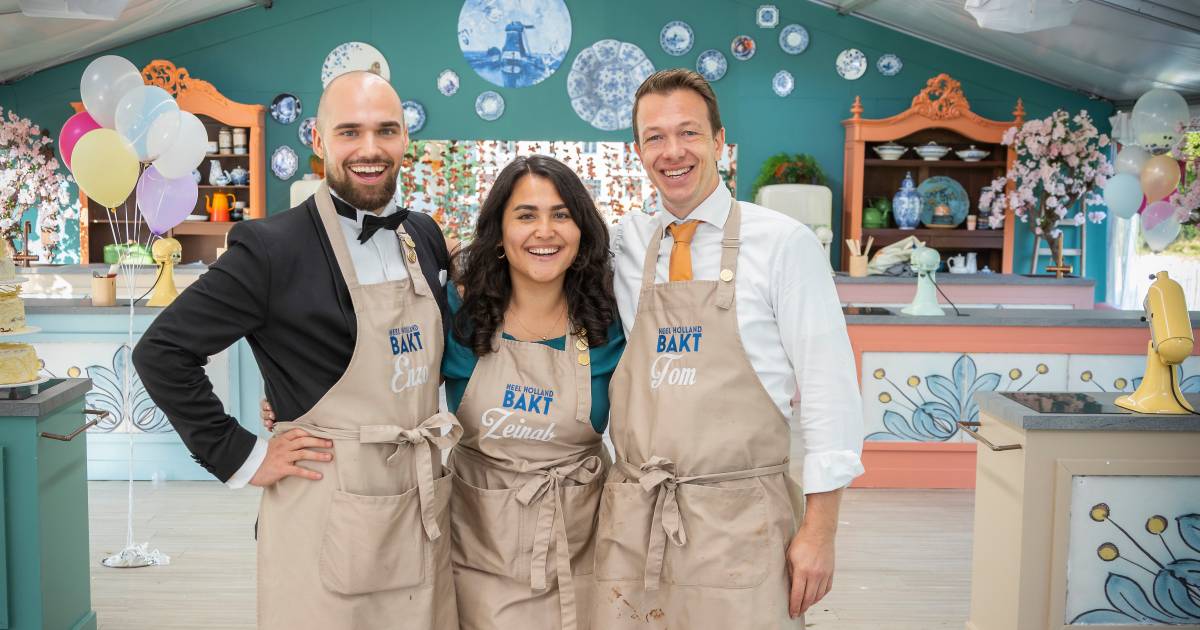 Cooking & Eating Enzo Pérès-Labourdette is the winner of the ninth season of Heel Holland Bakt. In the final he defeated his competitors Zeinab and Tom. “Weird, I didn’t see it coming.”

In the ninth season finale of All of Holland Bakt Enzo took the win. He was handed the Golden Cake Scoop by the jury, although Zeinab seemed to be a long-time favorite. Tom Vanholder also made a huge catch up in the last few weeks. ,,I really thought Zeinab had him. Weird, I didn’t see it coming.”

“All three were very good bakers. They stayed together well,” said Janny van der Heijden. Van Beckhoven was full of praise for the Amsterdam home baker who baked vegan throughout the season. He also learned from it. “We think he will inspire many bakers.”

Enzo Pérès-Labourdette, 30, is an artist and illustrator originally from France. He has been in the Netherlands since he was seven. Reportedly, his first word was gateau, or cake. In addition to plant-based baking, he enjoys yoga and enjoys walking through the park with his husband and their dog.

It was a season with a good atmosphere. “We all grant each other the win”, as Zeinab said in an earlier episode. “I have never heard you give so many compliments,” said jury member Van der Heijden to her colleague Robèrt van Beckhoven. perfectionist, a vegan and a Belgian “It could have been the start of a joke,” said André van Duin.

She won a pin three times

That Zeinab Alhashime did not win will surprise many loyal viewers. The 25-year-old Nijmegen was a constant baker throughout the competition, making original bakes from all over the world. She remained very calm in appearance. She won the pin that goes with the title Master Baker three times. It is unbelievable that she already has such baking experience at her age, Van der Heijden thought.

It was certainly not a race, even though in recent weeks it seemed to revolve mainly around Zeinab and Enzo. “I don’t dare to bet on it yet,” said Van der Heijden halfway through the last episode. Tom had made a huge catch up and that made Enzo and Zeinab a bit nervous. Still, Enzo mainly feared for Zeinab’s strength. “I’m sick of nerves,” he said later. His workplace was in complete chaos at the time.