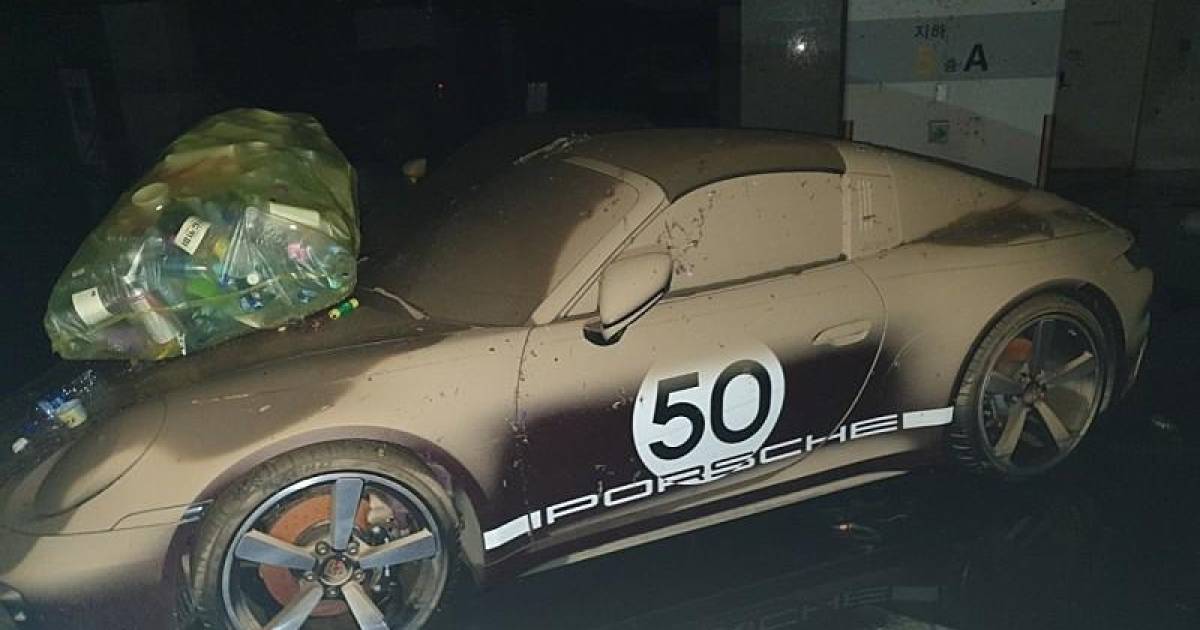 In South Korea, expensive super sports cars have fallen victim to the floods of a month ago. A Lamborghini Aventador and Huracan, a McLaren 570S and a Porsche 911, among others, were completely sunk as a result of a typhoon.

South Korea was ravaged by Typhoon Hinnamnor in the second week of August, leading to massive flooding, particularly in the capital Seoul. At least nine people were killed in the disaster and significant property damage was reported throughout Seoul. The cars in these photos belonged to that material damage.

Although the images had already been shared online in South Korea, the rest of the world was only alerted to it this week via the online car site Carscoops. The photos were reportedly all taken in the same parking garage. Among the victims are a Lamborghini Aventador SVJ, a Lamborghini Huracan Spyder, a McLaren 570S, a Porsche 911, a Mercedes-AMG GT, a Mercedes-Benz S-Class, a Bentley Bentayga, a Cadillac Escalade and a Genesis G80.

All cars can most likely be considered a total loss as they have been completely submerged and covered in a layer of mud that has also rendered the entire interior and all electronics useless. The same applies to less exclusive cars such as a Kia EV6, a Kia Carnival and a Jeep Wrangler. Since most cars in the garage are undoubtedly all-risk insured, there is a good chance that the owners will be compensated.

That is also the case in the Netherlands. Damage caused by natural disasters or natural disasters also falls under the so-called ‘limited and complete hull cover’, according to Independer. This also includes a flood. However, the definition of the term ‘flood’ is not entirely clear. Is there also a flood if the sewage system can no longer cope with the heavy rainfall? Or is there only flooding if, for example, dikes break or overflow?

Because this is often not clearly described in the policy conditions of insurers, according to the comparison site, it is theoretically possible that an insurer does not cover damage caused by flooding caused by rainwater. Fortunately, in practice, most insurers do cover the damage. There may be a deductible. If you want to be sure, it is best to check the policy conditions of your insurance company. Cars with liability insurance are not covered for this type of damage.