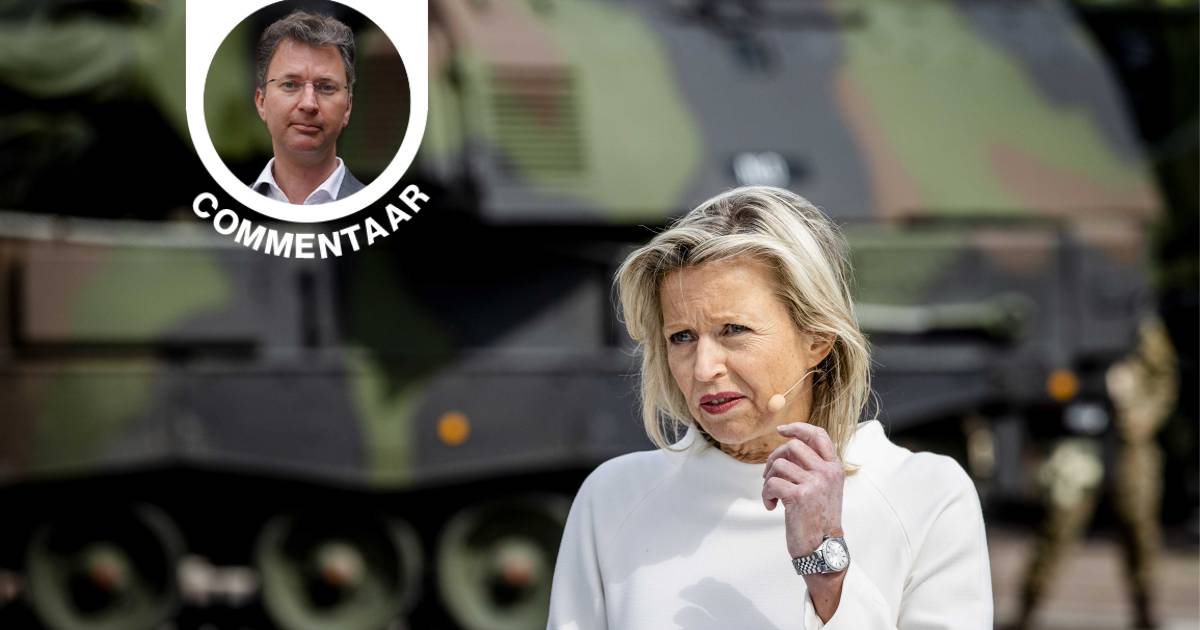 The way we look at our military has changed dramatically in a short space of time. For a long time, pleas from soldiers who complained about a lack of colleagues and ammunition in The Hague were ignored. Fortunately, that has changed, writes political reporter Hans van Soest in this comment.

The war in Ukraine has removed the last bit of skepticism on the part of parties to invest heavily. More money has been earmarked for our armed forces in recent years. But the Netherlands will not comply with agreements on this within NATO until 2024† In 2014, the NATO countries agreed that we would spend 2 percent of all the money we earn as a country on defending ourselves and other NATO territory. The reason was the annexation of the Ukrainian peninsula Crimea by Russia.

It has long been debated whether that 2 percent was not an arbitrary guideline. Of course it is. The Court of Audit also warned that extra money was added little by little, because Defense would not be able to spend all that extra money wisely in one go. But the problem is that we have neglected the armed forces for too long. Replacing obsolete equipment is difficult. There are shortages of all kinds of parts for, for example, transport aircraft and heavy weapons. Barracks are sometimes in a deplorable condition and there are about 8600 vacancies.

The threats have not diminished since 2014, on the contrary. Russia has now proven that it wants more than Crimea. The war in Ukraine has been going on for almost a hundred days, resulting in a harrowing number of innocent victims. And no one can rest assured that if an agreement is reached between the warring parties, Russia will not invade another country, such as one of the Baltic states.

Gone are the days when we thought that globalization and free trade would automatically make the world a safer place. Not everyone reasons as we do, as it turns out in Ukraine. We must guard against aggression from others† And yes, politicians must be alert that the armed forces will not now spend money haphazardly to meet the NATO standard. But let’s be happy that our military is finally being taken seriously. We haven’t done that for too long.

Let’s be happy that our soldiers are finally taken seriously

What do you think?

You can respond at the bottom of this article. Only comments with a full name will be posted. We do this because we want a debate with people who stand for what they say, and who put their name on it. If you still need to enter your name, you can do so by clicking ‘Login’ at the top right of our site.