Thousands of Iraqi fans receive their crowned team in Baghdad.. (photos and video) 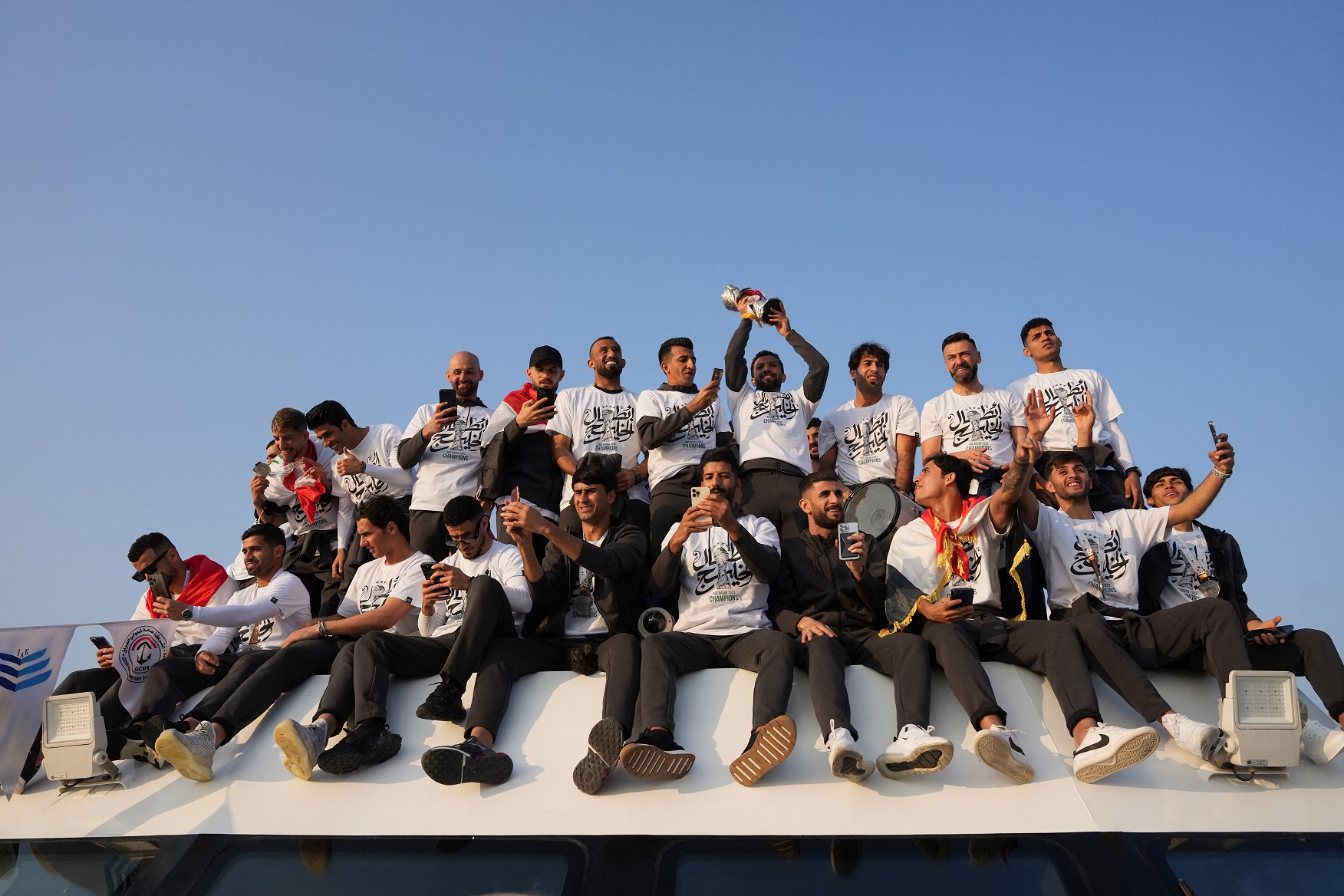 More than 80,000 Iraqis welcomed the “Lions of Mesopotamia” team, which was crowned at the heart of the 25th Gulf Championship, after returning Friday to the capital, Baghdad, from the city of Basra, in the south of the country, which hosted the tournament.

Supporters of the Iraqi national team gathered in the celebration square in the center of the capital, Baghdad, with celebratory appearances on the occasion of Iraq winning a championship title after waiting for 35 years.

The Iraqi national team won its fourth title after its dramatic victory over the Oman national team in stoppage time in the second extra half, 3-2, in the final match at Basra International Stadium.

And the official website of the Iraqi Ministry of Youth and Sports quoted Minister Ahmed Al-Mubarqa, before the arrival of the Iraqi team’s plane to the capital, Baghdad, that the coronation night will be immortalized in history as “a great historical night with its human and mass content.”

The Iraqi national team players saluted from the official podium in the celebrations square while carrying the championship trophy, tens of thousands of gathered fans and supporters.

The team members arrived at Baghdad International Airport on Friday evening on a private plane coming from Basra.

The masses gather in front of the national team bus #Iraq On Airport Street pic.twitter.com/d1iMI1DFY9