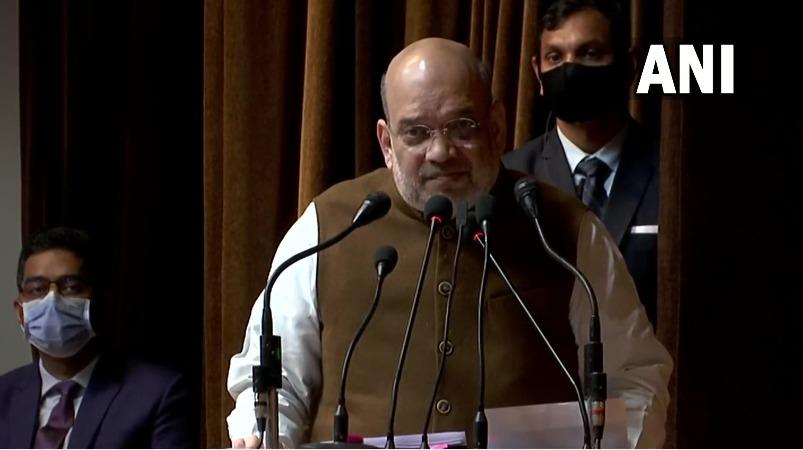 Only three families have ruled Kashmir in the last 70 years, as 40,000 people were killed during this period Farooq Abdullah And Mehbooba Mufti Amit Shah Indirectly criticized.

Following this, he was martyred in a terrorist attack last June Kashmir Police met the family of Parvez Ahmed Tarin and expressed condolences. He later inspected the village of Navkam.

Then Kashmir He consulted with intelligence, security chiefs and senior police officials on the security situation. Governor Manoj Sinha also attended the meeting.

After the repeal of the special law in Kashmir Amit Shah This is the first time to go. Then Jammu in Srinagar Kashmir At the event with members of the Youth Association Amit Shah Spoken by:

Constituency reorganization in the state of Kashmir will be followed by elections. After that state status will be granted. I want to be friends with Kashmiri youth. The repeal of Article 370 earlier has brought democracy to all parties, previously only to a few families.

People questioned whether the curfew had been enforced and the website had been shut down. We do not know how many lives would have been lost if there had been no curfew. Kashmir Young people are protected by curfew and cyber ban. The three families ruled for 70 years. Why 40,000 people were killed.