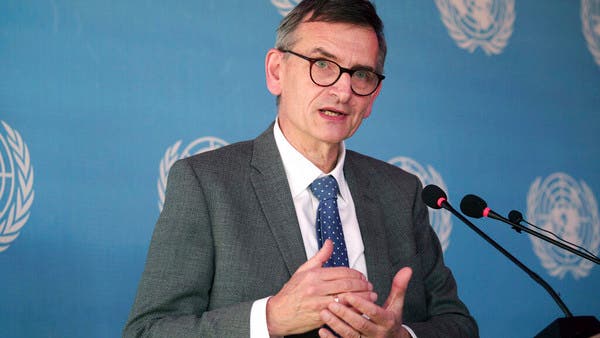 Today, Tuesday, the United Nations Special Envoy to Sudan, Volker Perthes, continues his meetings with a number of politicians and civil groups in order to reach a solution to the escalating political crisis in the country.

Yesterday, Peretz confirmed that he would talk “every day with groups of stakeholders.”

However, he made it clear at the same time that there are no strict deadlines for those consultations, which he refused to call “negotiations for a solution”, speaking of the difficulty in setting a time frame for concluding the consultations, but the UN envoy was very clear in terms of stressing that “time is very precious”, pointing out To the existence of enormous pressures on the situation in Sudan.

These consultations come while several civilian groups are still rejecting any initiatives that do not lead to the departure of the military component from power, stressing that they will continue to mobilize in the street and call for demonstrations.

In this context, the Forces for Freedom and Change and the gathering of professionals called for new demonstrations tomorrow, Wednesday, in Khartoum, to reject the military’s participation in the transitional government of the country.

Failure is a prelude to a suffocating crisis

Amid this rejection, many observers have warned of a stronger crisis that may loom if the UN initiative does not succeed.

A number of analysts and diplomats told Reuters that unless a new path of transition and a path for fair elections is found, this failure may be a prelude to the exacerbation of the economic crisis in Sudan and the expansion of instability inside and outside its borders.

While Peretz indicated to Reuters that he will try to take advantage of the offers of support made by several countries, including the United States and Saudi Arabia. “America and Saudi Arabia and two other parties are very involved, and they have helped develop some ideas,” he added.

It is noteworthy that the Professionals Association had explicitly announced yesterday its rejection of any initiatives or consultations that give “legitimacy” to the participation of the military in power, as he put it.

While both the Communist Party and the former ruling party during the era of Omar al-Bashir announced their categorical rejection of the international initiative, according to what Peretz confirmed.

On the other hand, the Sovereignty Council headed by Army Commander Abdel Fattah Al-Burhan welcomed this initiative. It was also welcomed by the Forces for Freedom and Change, the Charter branch.

Since last October 25 (2021), the day the army imposed exceptional measures and dissolved the former government headed by Abdullah Hamdok, a political crisis has erupted in the country, which was pioneers that began before that, and continues to this day. It was also exacerbated by Hamdok’s resignation at the beginning of this month (January 2022) after his failure to launch an inclusive dialogue between the parties in the country and to form a comprehensive national government.