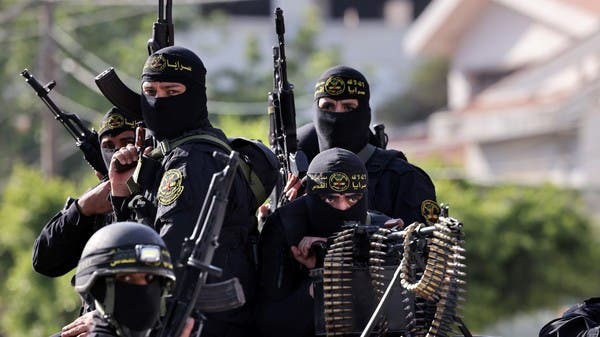 It is no secret that the explosion of a warehouse of weapons and ammunition, which occurred on December 10, in a warehouse in the Burj al-Shamali camp for Palestinian refugees in the city of Tire in southern Lebanon, reminded that Hamas controls the Palestinian scene in the country, being the most organized among the factions.

He also highlighted the military wing of the Palestinian organization, which operates outside the scope of the Lebanese state.

In this context, local Hebrew media outlets, through numerous reports, highlighted the movement’s activity in Lebanon, and said that Hamas is working to build a military force there.

The information indicated that the movement owns a secret project to manufacture precision-guided missiles with the Global Positioning System, according to what was published by the Hebrew newspaper “Israel Hayom”.

It also revealed that since 2018, Hamas has launched an action plan in Lebanon aimed at building armed battalions of hundreds of elements, and forming an elite offensive force responsible for carrying out dozens of attacks against Israel.

According to Israeli documents, Hamas has a secret project to manufacture precision-guided missiles using the Global Positioning System, which the movement is working to produce with a range of up to 20 kilometers in the first stage.

As for the goal, the report indicated that it hopes that the movement will be able to launch 200 missiles at Israel from Lebanon in two rounds of fighting, or 100 missiles per round.

He also pointed out that the movement has other plans, which are to create 122 mm mortar shells that are fired automatically using a timer, which means that even when Israel determines the source of the fire, there will be no target left to be injured after firing the shells, according to the report.

In addition, the information stressed that Hamas does not consider itself at the present time just a guest in Lebanon, but rather sees in it a new front that can be activated against Israel in any future confrontation on the side of the Gaza Strip.

It is noteworthy that the explosion of the store of weapons and ammunition in a warehouse in the northern Burj camp for Palestinian refugees in the city of Tire in southern Lebanon two weeks ago, which turned out, according to military sources, was affiliated with Hamas despite its denials, explaining that it was caused by an electrical short in a warehouse containing a quantity of oxygen and gas cylinders intended for Corona patients, He highlighted the military wing of the Palestinian organization that operates outside the scope of the Lebanese state.

Despite the multiplicity of unofficial accounts and analyzes of the causes of the explosion, it reinforced the claim that Hamas controls the Palestinian scene in Lebanon, as it is the most organized among the factions, especially since it enjoys the support of Hezbollah, especially in the south.

While the Palestinian Higher Security Committee, made up of several factions, supervises the security of these camps in coordination with the Palestinian embassy in Lebanon and the Lebanese authorities, with the exception of Hamas, which is absent from that committee – which is remarkable – which means that it has “security” tasks different from the factions, and that its weapons do not It is under the “official” Palestinian leadership, but enjoys a “Hamas” cover only under the slogan of fighting Israel.

While Fatah is the source of shepherding and relief in the camps, the security “infallibility” is in the hands of Hamas, the most organized and armed movement that enjoys the support of Hezbollah.

Since 2011, Hezbollah and Hamas have cooperated within the framework of a broader alliance with Iran and Syria, the so-called axis of resistance or defiance.