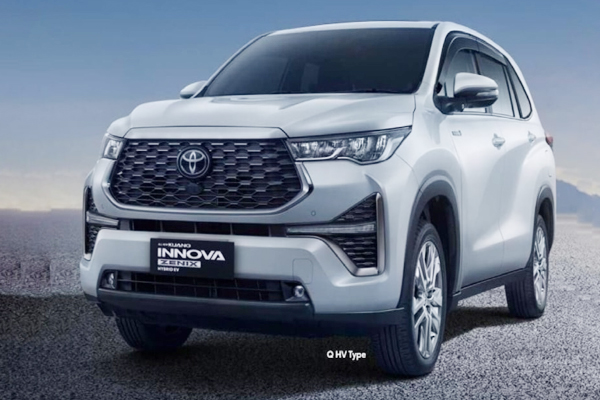 
Toyota Kirloskar Motor (TKM) on Friday (25 November) launched the new hybrid version of its popular multi-purpose vehicle Innova Highcross in India. The automobile major said that bookings for the vehicle have started today itself and will be available at dealerships from mid-January 2023. The company is yet to reveal the pricing of the new Innova Highcross, however, reports suggest that the vehicle is likely to be priced in the range of Rs 17-20 lakh (ex-showroom).

The Innova Highcross comes with a 2-litre petrol engine with an e-drive sequential shift system along with a self-charging robust hybrid electric system. It will also be available with the option of a 2-litre engine mated to an automatic transmission.

Launched in 2005, the Innova has cumulatively sold over 10 lakh units, accounting for over 50 per cent of the model’s total cumulative sales of over 20 lakh units.

Speaking at the vehicle unveiling event in Mumbai, TKM Vice Chairman Vikram Kirloskar said that the company will bring electric vehicles to India in future but it has no such plans as of now.

Asked about Toyota Kirloskar Motor’s strategy to focus on hybrids, he said, “I think the aim of the country is to reduce carbon (emissions). You have to look at it holistically and (a) on a scientific basis and that is what we are doing. At a time when Electric Vehicles (EVs) have started gaining traction in India.

Kirloskar argued that given the current low level of renewable energy sources in India, EVs do not necessarily serve the purpose of reducing carbon emissions.

Asked if this means Toyota Kirloskar Motor (TKM) will not bring EVs to India in the near future, he said, if it reduces the carbon content, if renewable electricity in India is at least more than 50-60 per cent. Looks like it will definitely be fully electric. We can bring earlier also.