To support the lira.. Turkey doubles the transaction tax on consumer loans 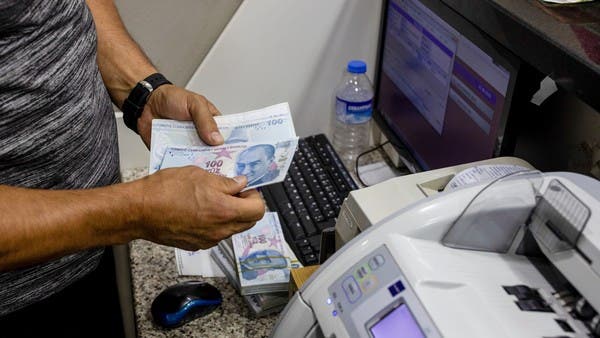 Turkey raised the tax on consumer loans amid rising inflation and as authorities step up measures to strengthen the lira.

The rate of tax on banking and insurance transactions on consumer loans increased to 10% from 5%, according to a statement published in the Official Gazette on Saturday, according to Bloomberg, and seen by Al Arabiya.net.

The move follows a series of recently announced steps to support the lira, which has fallen 22% this year amid rising prices.

The Turkish lira was the worst performing EM currency this year.

On Thursday, the Banking Supervisory Authority, known as the BDDK, reduced debt repayment periods for consumers, while increasing the minimum monthly payment required on credit cards.

Inflation in Turkey jumped to 73.5 percent in May, the highest level in 24 years.