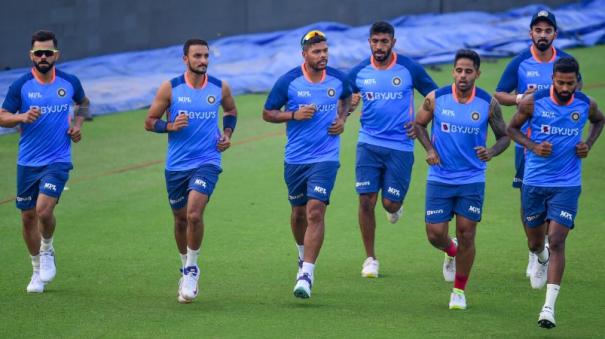 Indore: The 3rd T20I match between India and South Africa will be played in Indore tonight at 7 PM. The Indian team is entering the field with the intention of winning this match and winning the series completely 3-0.

In Guwahati, the Indian team performed tremendously in batting and chased down 237 runs. But could not make any impact on the delivery of the ball. The South African team almost came close to winning but lost. The team had added only 45 runs in the powerplay. It made a huge difference in the end.

Today’s match will be the last T20 match for India before the T20 World Cup, so the Indian players may face yet another testing phase in bowling. Because in batting, all the top order players including KL Rahul, Rohit Sharma, Virat Kohli have returned to their best form. Only the bowling is still underdeveloped.

The absence of Jasprit Bumrah has added to the bowling woes of the Indian team, especially in the closing overs. If Bumrah is not fully fit before the T20 World Cup series, the Indian team will have to find an alternative. Substitute Deepak Chahar has been good in the opening overs but lacks pressure in the final overs.

Arshdeep Singh has been good with both the new ball and the old ball but lacks consistency. He conceded the most runs in the Guwahati match and bowled 3 noballs. Arshdeep Singh may focus on learning from his mistakes and recovering.

Harshal Patel’s bowling variations since returning from injury have not troubled the batsmen as much as expected. Apart from this, Ashwin did not take a single wicket despite playing two matches.

Meanwhile, a BCCI official said that it has been decided to rest KL Rahul and Virat Kohli in today’s match as they have won the series. Due to this, Rishabh Pant or Suryakumar Yadav may be the starter along with Rohit Sharma in today’s game. Shreyas Iyer will take the field in place of Virat Kohli. Dinesh Karthik faced only 7 balls in the 2nd match. Thus, the team management may consider giving him more opportunities in batting. Mohammad Siraj may play in bowling.