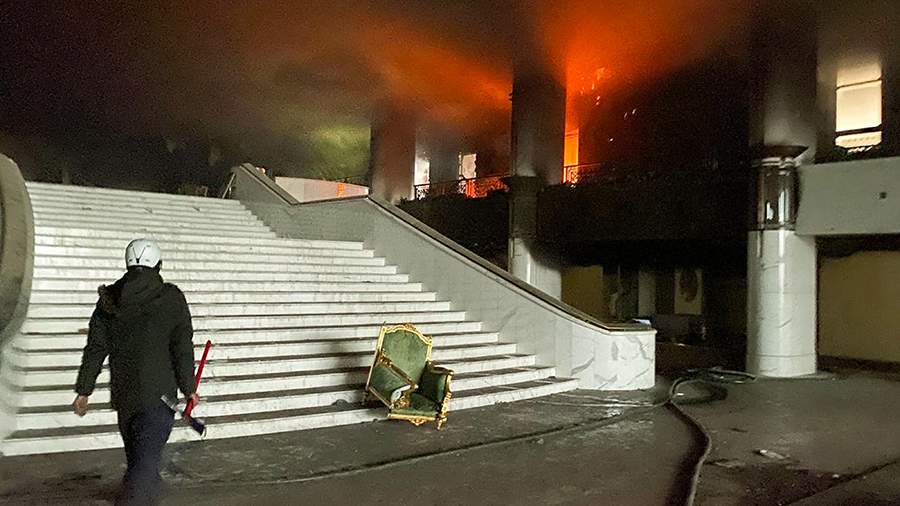 The militants who caused the riots in Kazakhstan planned to seize power in the country. This was announced on January 11 by the President of the Republic, Kassym-Zhomart Tokayev, during a speech in the country’s parliament.

The National Security Committee (KNB) of Kazakhstan could not and did not want to assess the events, he said.

“The KNB of Kazakhstan did not discern a critical threat to national security in the event of the riots,” the Kazakh leader emphasized. At the same time, the cohesion of society was methodically undermined, and the KNB did not see the threat. “A terrorist war was unleashed against Kazakhstan, the enemy showed extreme cruelty,” he continued.

Preparations for the seizure of power in the country were carried out by professionals, but the coup attempt failed. Control over Alma-Ata would have been lost if Kazakhstan had not turned to the CSTO. And the loss of control over the largest city in the country threatened the loss of the entire state, Tokayev concluded.

On the same day, Izvestia’s correspondent Alexander Morozov said that the railway station of the Kazakh capital had started to work. Many citizens are now returning by rail to the capital and other cities after the riots. In Nur-Sultan, access to the wired Internet was resumed. At the same time, there are difficulties in connecting to the mobile Internet.

On January 2, protests began in Kazakhstan due to the rise in prices for liquefied gas. In some cities, rallies escalated into riots. The situation has become especially aggravated in the largest city of the country – Alma-Ata. The protesters, among whom, according to the authorities, were extremists, broke into the administration building, set fire to the building of the prosecutor’s office, the office of the ruling party, and seized the presidential residence and airport.

The criminals ransacked the offices of five TV channels, tried to attack the pre-trial detention center, police stations and attempted to enter the territory of a military unit in the Aktobe region.

The President of Kazakhstan, Kassym-Zhomart Tokayev, noted that the seized government offices were terrorist groups. He stressed that the bandits who caused the riots had received serious training abroad. The presidential administration of the country specified that among the militants operating in Alma-Ata there were snipers with special rifles. During the riots, 17 security officials were killed, two of whom were beheaded. According to the latest data, more than 1.3 thousand people were injured.

Against the background of the aggravation of the situation in Kazakhstan, Tokayev turned to the Collective Security Treaty Organization (which includes Russia, Belarus, Armenia, Kyrgyzstan, Tajikistan and Kazakhstan) for help in overcoming the terrorist threat. Peacekeepers were sent to the republic for a limited period of time. On January 9, the CSTO collective peacekeeping forces completed their deployment in Kazakhstan. Currently, the Kazakh authorities have taken control of the situation.