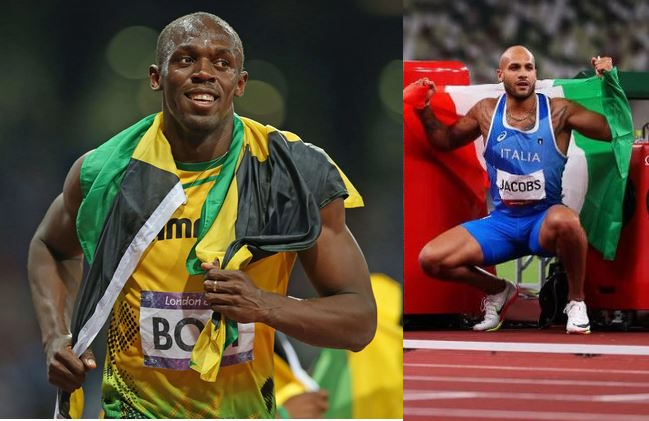 Bolt had said last week in an interview with (AFP) that watching the 100m race from Jamaica was disappointing for him, in light of the retreat of his compatriots and Jacobs snatching a shocking gold after he competed in the games as an unfavorable runner. Bolt, 35, who has held the world record since 2009 with a time of 9.58 seconds, said Jacobs’s 9.80 seconds in Tokyo was within his reach despite his retirement from track racing after the 2017 world championships.

Jacobs, who has been absent from the races since his coronation in Japan, took to social media on Monday to challenge Bolt, who holds 8 Olympic golds and 11 world championships. “You’re my hero, so thanks for the appreciation! But you also said you could have won, so I’m ready for the challenge!” wrote Jacobs, 27, who was born in the United States to an American father but was raised in his mother’s country of Italy.

“What do you think about starting a charitable flag holding race? Bring your team and I’ll bring mine!” This ‘robabandeiera’ is a popular race in Italy, where school children split between two teams and race to catch the other team’s flag and return it to their area.