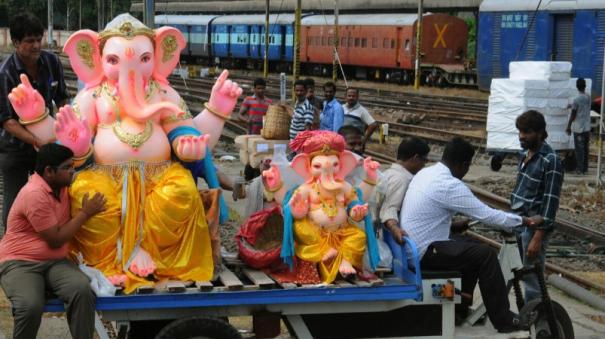 Mumbai: Government of Maharashtra has announced that the toll fee for vehicles will be waived for those going to their hometowns in the Konkan region on Vinayagar Chaturthi.

Maharashtra State Transport Commissioner Avinash Daghne says, “This year, Vinayagar Chaturthi Vijala starts on August 31. Visarjana procession takes place on September 9. A large number of people visit the Konkan region from Mumbai and Pune during this festival. In this case, as per the decision taken by the Chief Minister Eknath Shinde, the customs fee for vehicles will be waived from August 27 to September 11 for those going to their hometowns in the Konkan region. Passes for this can be obtained from RTO offices,” he said.

Additional Transport Commissioner J.P. Patil said that they can get free passes at the RTO offices by providing details like vehicle registration number, route, duration of stay in hometown.