Toni Kroos: No regrets about retiring from international football 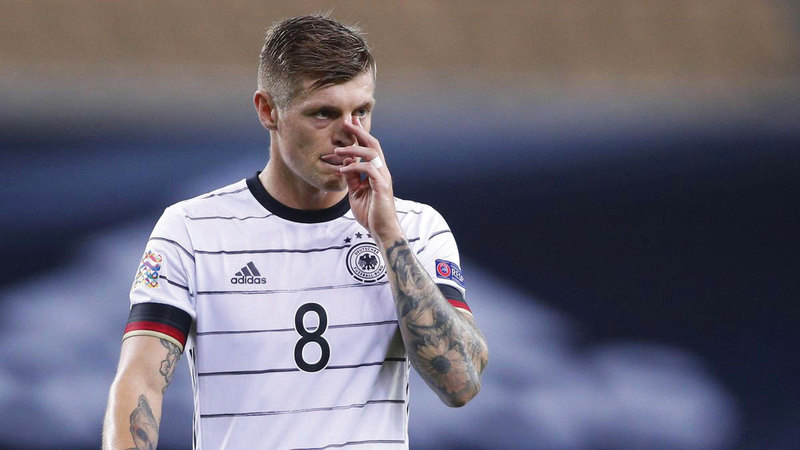 Real Madrid midfielder Toni Kroos said he had no regrets about retiring from international football last year. Cross (32 years) said, during a question-and-answer session, held for the purpose of charitable work, and published yesterday, that “there was no moment in which I felt doubt about my conscious decision to retire.” “The decision to retire after the European Championship is something I have dealt with for a long time,” he added.

Toni Kroos played 106 games with the German national team and crowned him with the 2014 World Cup, and his last appearance in the national team shirt was in the match that the team lost against his English counterpart in the round of 16 of the European Nations Cup (Euro 2020), which was held in 2021 after being postponed for a year. due to the (Corona) pandemic. Kroos, who won the Champions League for the fifth time with Real Madrid last season, added: “I already thought about retiring after the 2018 World Cup and had several conversations with the former coach of the German national team, Joachim Loew, about this matter.”