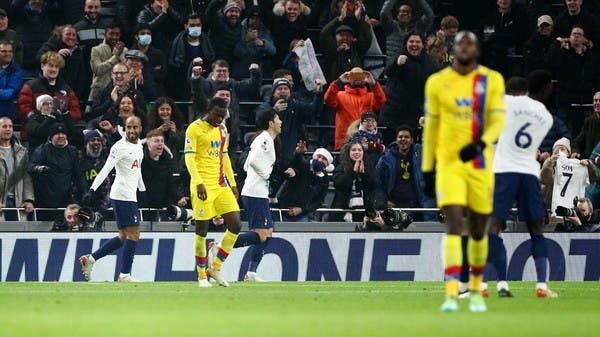 Brazilian Lucas Moura led his Tottenham Hotspur team to a 3-0 victory at home to Crystal Palace and extended his unbeaten record in the English Premier League with coach Antonio Conte to six matches on Sunday.

Moura created two goals for his teammates Harry Kane and Son Heung-min and scored the net to easily win Tottenham against his opponent, whose coach Patrick Vieira was absent due to his infection with the Corona virus.

While Tottenham advanced to fifth, Palace suffered a disastrous day and ended the match with ten men after Wilfried Zaha was sent off in the 37th minute, and by that time Tottenham were ahead through Kane from Moura’s pass, who added the second goal with a header, and Son concluded the hat-trick from close range in the 74th minute .

And Tottenham raised its score to 29 points, six points behind Arsenal, fourth in the standings, but from 16 games, compared to 19 for its London rival.