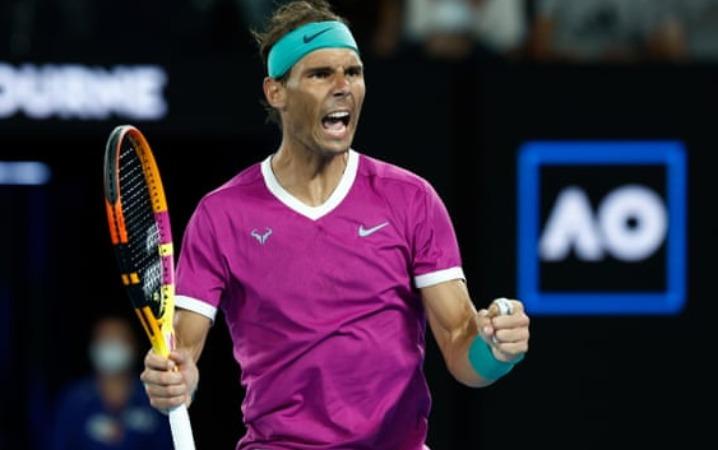 Melbourne: Australian Open Tennis Rafael Nadal of Spain has recorded a historic victory in the men’s singles semifinals of the tournament. He advanced to winning his 21st Grand Slam title by defeating Italy’s Matteo Bertini.

Australian Open Tennis Has reached the final stage. Rafael Nadal of Spain will face Matteo Bertini of Italy today in the men’s singles semifinals. The match at Rod Laver Stadium in Melbourne was initially interrupted by rain. Thus the roof of the stadium was closed and the match was held. Humid weather is something favorable for Matteo Bertini. Many times in moments like this Matteo Bertini’s hand is raised on the field. Thus the expectation was high from the beginning of the game.

Nadal fed that expectation. Nadal, who had kept the service intact from the start, stunned Bertini. Natale won the first two sets 6-3, 6-2 against seventh seed Matteo Bertini. In the third set, Bertini put the game in jeopardy to challenge Nadal. Although Bertini captured the third set 3-6, Nadal rallied in the fourth set.

In the end, Nadal defeated Bertini 6-3, 6-2, 3-6, 6-3 in a thrilling three-hour match. For the sixth time with this win Australian Open Qualified for the final. Nadal has not won an Australian Open since 2009. Meanwhile, Nadal’s first Grand Slam final after the 2020 French Open has raised expectations for the final.

Another semifinal match between Stefanos Tsitsipas and Danil Medvedev takes place tonight. Nadal will face the winner in the final.