Traveling posthumously: Evita’s corpse 25 years in tow around the world 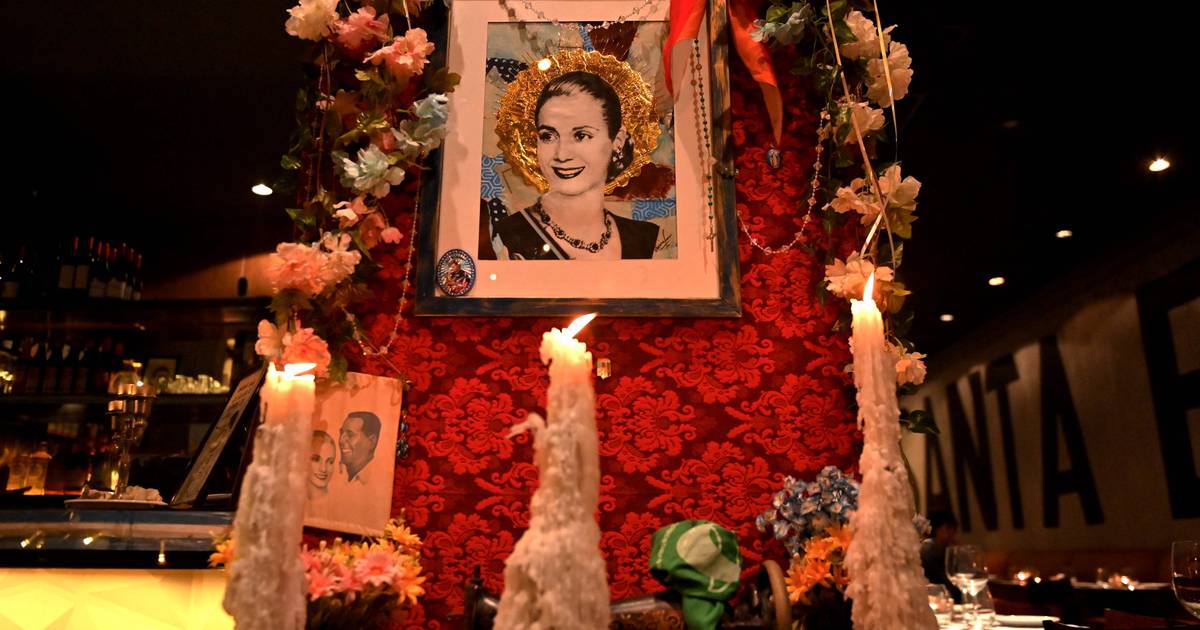 This week marks the 70th anniversary of the death of Argentina’s first lady Eva Perón. Much is known about her life, but the period after Evita’s death is just as startling. Her body was dragged around the world for 25 years. A series has now been made about that bizarre story: Santa Evita.

‘Don’t cry for me Argentina’. That sentence – never spoken by Evita, by the way – seemed not to be heard by any Argentinian on July 26, 1952. On that day, at 8.25 pm, the life of the young María Eva Duarte de Perón came to an end. The flamboyant first lady died at the age of 33 from cervical cancer. Public life came to a sudden standstill. The normally noisy South American country plunged into deep mourning and silence. At least two million Argentines came to say goodbye in person during the vigil that lasted no less than sixteen days.

Early on in her life, Evita is all about the spotlight. She has had a modest career as a radio actress, but her greatest success seems to have come in contact with Colonel Juan Domingo Perón, who became president of Argentina in 1946, at a benefit evening. Alongside him, she turns out to be a true mother of the fatherland, who is deeply committed to women’s and workers’ rights. Thanks to Evita, Argentine women are now also allowed to vote. After a failed bid to become vice president, she is eventually forced to claim the title of ‘Spiritual Leader of the Country’. By the way, nothing seems to stop her: Evita is becoming more powerful by the day, something the Argentine army watches with dismay. In the end, cervical cancer ends all dreams of the young Argentine.

Dragged with the corpse

After the wake is over and peace seems to have returned in 1952, a turbulent and bizarre journey begins for Evita’s body, which defies all imagination. So much so that Mexican actress and producer Salma Hayek made a series about it. Since this week Santa Evita can be seen on Disney+, with Dutch subtitles.

With Evita’s hero status, the military fears her popularity will come at the cost of its own power and influence. Every effort is made to prevent the site of the body from becoming a place of pilgrimage. But that means a lot of dragging…

In the following years, for example, her body ends up at the headquarters of a large union in the middle of the capital Buenos Aires. It even makes a trip to the home of a high-ranking colonel. And – after her husband was deposed in 1955 and had to go into exile – then went to Milan where it was buried under a false name (María Maggi de Magistri). What exactly happened, however, remains a matter of debate. Facts and fiction regularly intertwine, including in this series based on the book Santa Evita, written by Tomas Eloy Martínez. It all adds to the mythical proportions surrounding the person Evita.

From Italy to Spain

After Italy, a new trip to Spain follows, where Perón now lives with his new wife. There they take good care of Evita’s embalmed body. In the early 1970s, the Argentine leader is allowed to return to his homeland and with him also the body of Evita. Perón is even president for a third time. In 1976 the body finally finds rest: Evita is interred in the family grave of the Duarte family in the cemetery of Recoleta in Buenos Aires. To this day, there are long lines of visitors who want to imagine themselves in the life of this woman who is loved and hated among Argentinians. Even now, seventy years after her death.

Day in and day out buzz: this insect overwhelms China every summer