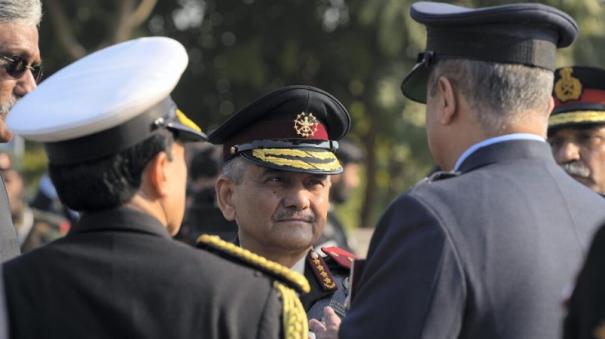 This year the 7th Ex-Servicemen’s Day has been decided by the tri-services headquarters to be celebrated at 9 locations namely Delhi, Dehradun, Chennai, Chandigarh, Bhubaneswar, Juhunjunu, Jalandhar, Bhanagar and Mumbai.

Speaking on the occasion, Chief of Army Staff General Manoj Pandey said, “Indian Defense Forces are highly capable and the best in the world. This is due to the indomitable courage and sacrifices of ex-servicemen. With this motivation, our tri-armies are a formidable force to face any challenge. Happy Makar Sankranti, Pongal and Bihu to all,” he said.

Naval Commander Admiral Harikumar said, “Today we remember and pay tribute to our brave soldiers who sacrificed their lives for the country. The Indian Navy will strive to carry forward the legacy of ex-servicemen,” he said.

Commander of the Air Force, Air Chief Marshal VR Chowdhury said, “Congratulations to the ex-servicemen. The Air Force is fully committed to your welfare. The adage of serving those who serve will always be our motto. It is great that our ex-servicemen have made valuable contributions in many fields for the development of the country,” he said.

Defense Minister Rajnath Singh and Uttarakhand Chief Minister Pushkar Singh Thami attended the ex-servicemen program in Dehradun, Uttarakhand and paid their respects. Speaking on the occasion, Minister Rajnath Singh said, “There is no warrior like Bhishma Pitamakar in Indian mythology. He lived with iron determination. When someone takes a very big vow, he is often compared to Bhishma. In living with determination, our soldiers are like Bhishma,” he said.