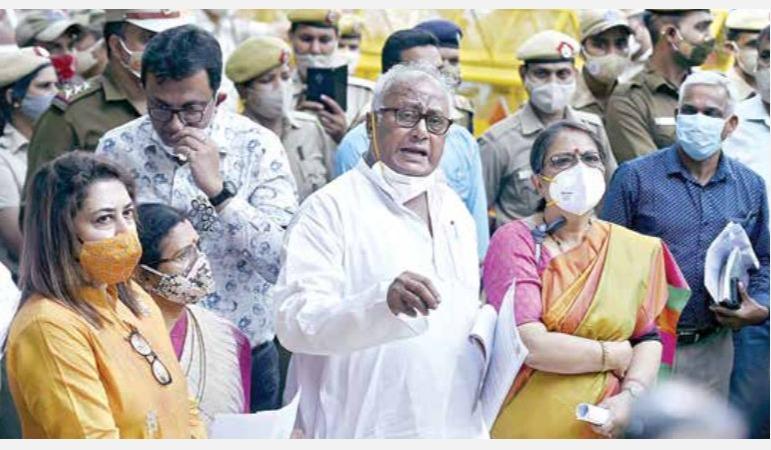 Chief Minister of West Bengal Trinamool Congress The party yesterday lodged a complaint with the Election Commission regarding the alleged attack on a mysterious person.

Mamata Banerjee, who is contesting from Nandigram constituency in West Bengal, filed her nomination papers there last Wednesday. Later, while he was returning to his car, some of the mysterious people who came there allegedly attacked Mamta and pushed her down. Mamta, who was critically injured, is currently being treated at a government hospital in Kolkata. The hospital management said that he had fractured parts of his ankle and shoulder.

To the Chief Electoral Officer in Delhi in connection with this incident which caused great shock in West Bengal Trinamool Congress The high-level committee went yesterday and lodged a complaint. It says:

The attack on Chief Minister Mamata Banerjee is no accident. Rather, it is a planned conspiracy. The BJP and the SWAND official are linked to the conspiracy. The Election Commission should order a high-level inquiry into the incident.

Even before Mamata Banerjee left for Nandigram, West Bengal BJP leader Dilip Ghosh had uploaded a caricature of her being attacked on Facebook. From this, it is clear that the conspiracy was staged by the BJP. Thus the complaint is stated in the petition.

Meanwhile, BJP general secretary Bhupendra Yadav said yesterday that the BJP had lodged a complaint with the Election Commission seeking an inquiry into the alleged attack on Mamata.