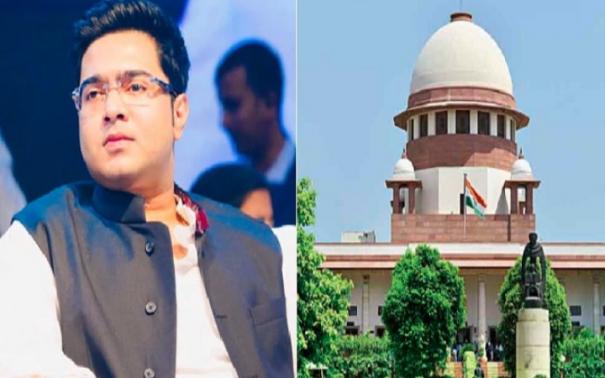 The apex court has directed that the two parties involved in the case be given 24 hours’ notice and proceed with the trial. The court also said that the trial could be held in Kolkata itself. It has also asked the Kolkata Police Commissioner and the West Bengal Chief Secretary to provide proper information before the inquiry to ensure the necessary security for the inquiry. It also directed the state government not to take any action against the officials involved in the investigation. The state government has been warned that the court will not tolerate any obstruction to the trial. Thus, it has been confirmed that Abhishek is coming into the trial ring.

Case Background: At the end of 2020, the CBI conducted raids in various places in West Bengal, Bihar, Jharkhand and Uttar Pradesh in connection with the coal scam. Lala alias Anup Majhi of West Bengal was subsequently charged with involvement in a coal scam.
The CBI has said that Mamata Banerjee’s son – in – law Abhishek Banerjee’s wife Ruchira Banerjee and her sister Maneka Gambhir were involved in the coal scam case as West Bengal was preparing for the February 2021 assembly elections. The CBI is investigating Ruchira Banerjee and her sister Maneka Gambhir. Subsequently, Abhishek Banerjee sought permission from the Enforcement Department and the Supreme Court to hold a hearing with his wife. In this case, permission has been granted.

Number 2 Abhishek! Abhishek Banerjee, the Trinamool Congress’ No. 2 candidate, was made the party’s national general secretary last February. Opposition parties, however, continue to allege that Abhishek Banerjee has amassed Rs 900 crore over the past decade in association with Anup Majhi, who runs a coal mining mafia in West Bengal.