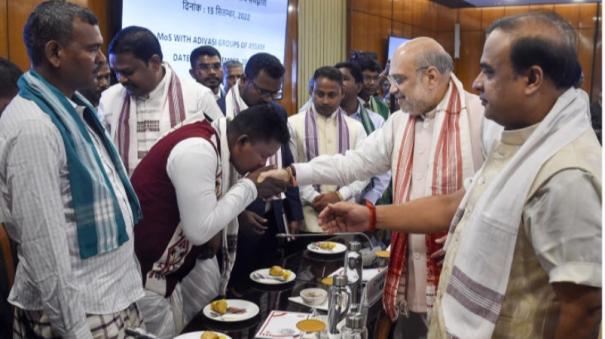 New Delhi: The Central Government yesterday signed a peace accord with 8 militant groups to bring lasting peace in parts of Assam.

Assam Chief Minister Himanta Biswa Sharma said, “This agreement will usher in a new era of peace and harmony in the state of Assam.”

Apart from the banned ULFA and the Kamathpur Liberation Organization, other extremist organizations signed the peace accord with the central government.