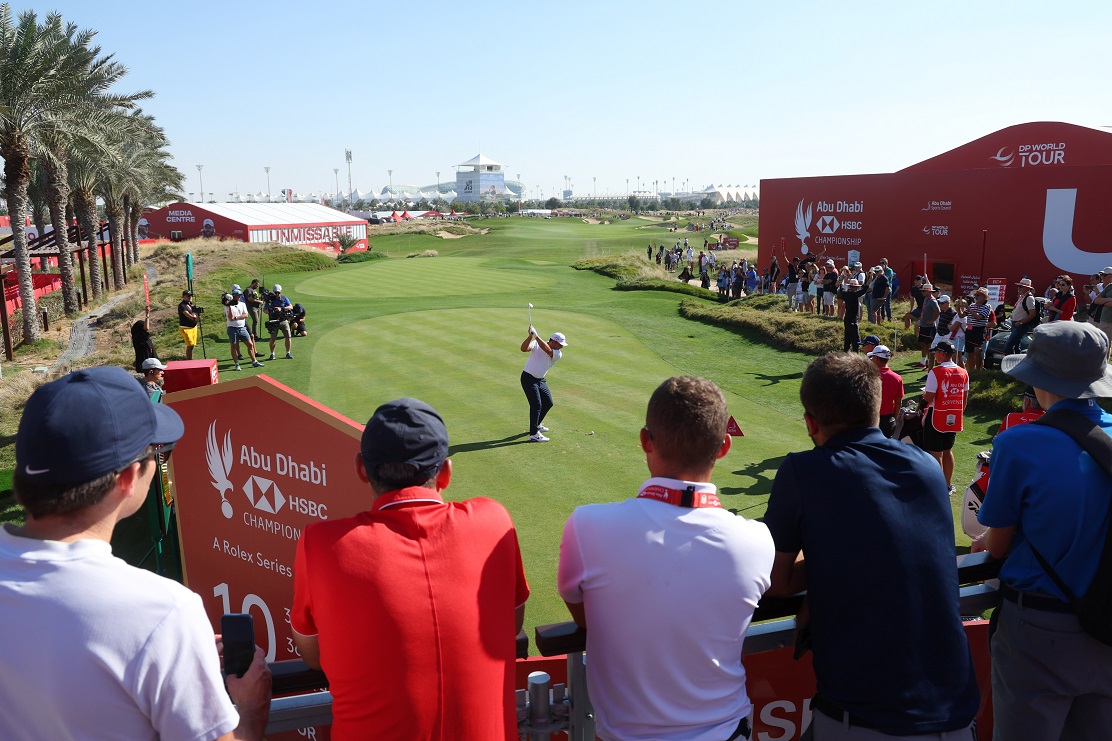 The competitions of the third and penultimate day of the 18th edition of the Abu Dhabi HSBC Golf Championship 2023 concluded, with a triple lead by Shane Lowry, the 2019 title holder, along with Maine Woolley and Francesco Molinari, after they achieved 13 strikes below par, after strong competition. On the penultimate day of the tournament, which will be held at the Yas Links Stadium on Yas Island in Abu Dhabi.

The leading trio is one stroke ahead of Scotsman Grant Forrest, France’s Victor Perez and Sweden’s Sebastian Soderberg, with a score of 12 under par. As they look forward to climbing in the event that one of the leaders fails in the last Sunday round of the tournament, which promises an enthusiastic and fierce confrontation in the final of the tournament at Yas Links Stadium.

While the winner of three previous tournaments, Padraig Harrington, will achieve the title of the oldest champion in the history of the DB World World Tour, if he wins the final of the current tournament.

Harrington comes in seventh place, along with Poland’s Adrian Mironek, Italian Guido Migliosi and Frenchman Antoine Rosner, with 11 strokes under average, two strokes off the lead.

“The competition has been very strong and it’s clear that the off-season training I’ve done is really starting to pay off,” said Maine Woolley, one of the three leaders. As well as the change that I made to my playing style, and this is what makes this year’s tournament particularly special for me. I hope that tomorrow’s round will be the best to continue in the lead.

For his part, Shane Lowry commented on his shot on the sixth hole: “I achieved excellent numbers, on a 162-yard putt when the wind was in my favour. It is good for me to qualify during today’s round in these difficult conditions, and to regain my lead in the finals at the last nine holes.”

For his part, Francesco Molinari said: “I can only describe today’s competition as difficult, I think I made a few shots in the first nine holes, but it became more difficult on the next nine because of the wind. I am very proud of my performance today, as it was not easy, but I ended the day with a stroke under par.