Tuchel: Chelsea are risking the health of their players 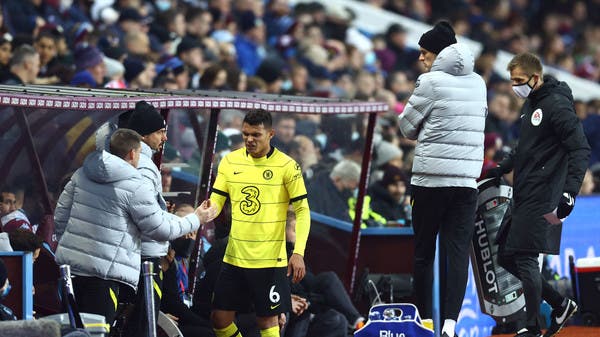 Chelsea coach Thomas Tuchel confirmed that he had to rely on some players for too long against Aston Villa on Sunday, with Romelu Lukaku and Callum Hudson-Ode returning to the field after missing the last three games due to the emerging Corona virus “Covid-19”.

Chelsea won 3-1 at Villa Stadium, where Lukaku came as a substitute at the start of the second half, while Hudson-Ode played the whole match.

Tuchel told reporters: It is not that easy when you come back from a long-term injury, a body like Lukaku and infected with Covid-19, and when you read the line-up for the match, you might think and say that everyone is there and there are 18 players and a great squad. But if you look at the details you will see that we are struggling and taking some big risks.

He continued: Hudson-Audi had to play 90 minutes immediately after recovering from the Corona virus due to injuries during the match.

While he was pleased with the three points, Tuchel was concerned about the players who must return to the field during the busy holiday period.

“This is a great reaction and an important victory,” the German coach added. At the same time, in recent weeks I have been constantly concerned about the health and safety of the players.

Chelsea, third in the English Premier League, will meet Brighton on Wednesday, before hosting Liverpool on January 2.