Tuchel: Defeat against Manchester City could mean losing the title 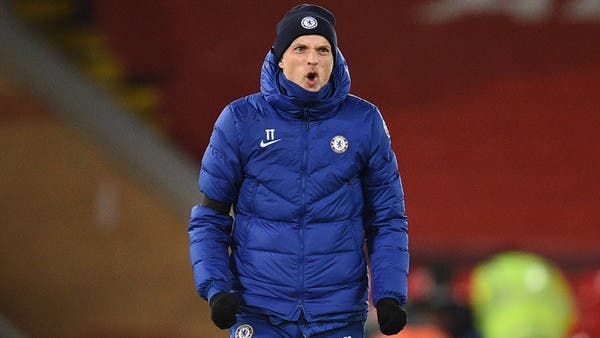 Chelsea manager Thomas Tuchel has confirmed that his team’s efforts to compete for the Premier League title may end if his team loses to Manchester City on Saturday.

And the British news agency “BA Media” reported that the Chelsea team is 10 points behind leaders Manchester City, coached by Pep Guardiola, before they meet on Saturday at the Etihad Stadium.

And Andreas Christensen became the latest Chelsea player to be infected with the Corona virus.

When asked if the loss to Manchester City would end Chelsea’s title competition, Tuchel replied: “Maybe, maybe, who knows.”

He added: The big difference so far this season, in my opinion, is that they dealt better with injuries and the situation in relation to the Corona virus.

“Maybe it’s luck, maybe they did a better job, whatever it is, but they have fewer injured key players, few players miss matches.”

And he added: They also did not suffer from Corona, as we have suffered for many weeks. So that’s a huge difference.

“You have to be at your highest level if you want to compete with Manchester City,” he concluded. They are the real benchmark, they are the best team in England right now. This is something that must be acknowledged realistically.