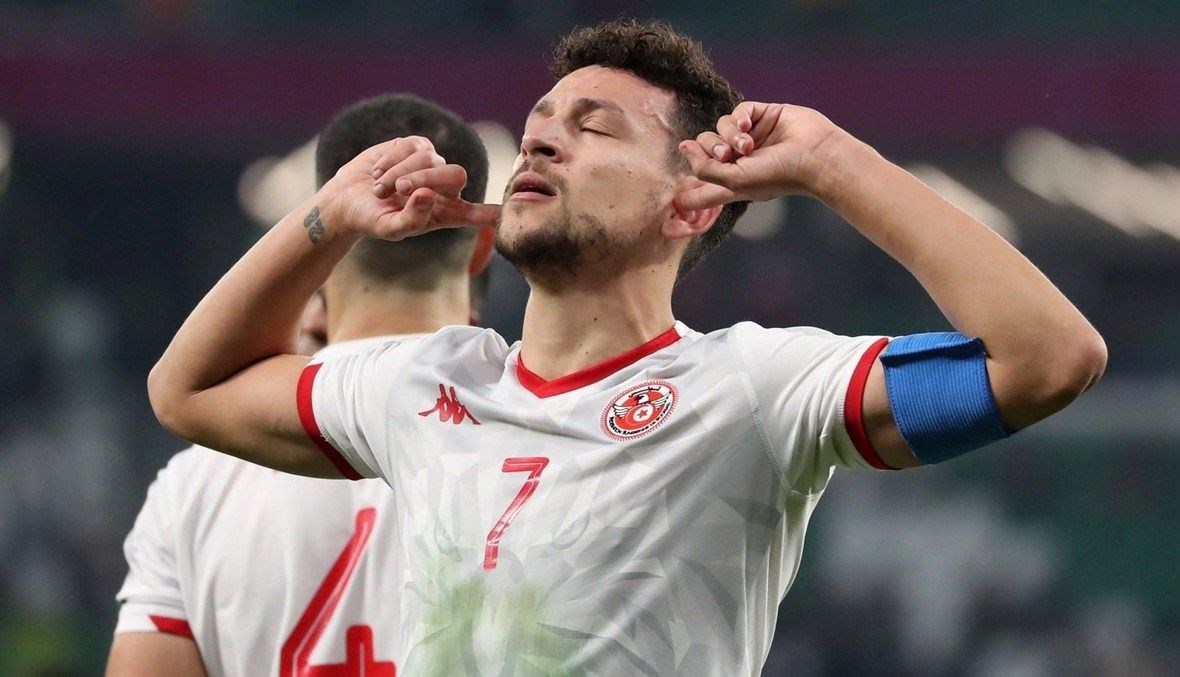 The Tunisian national team started its qualifying campaign for the upcoming 2023 African Nations Cup in Ivory Coast, by winning 4-0 over its poor host, Equatorial Guinea, in the first country competitions of Group Ten, Thursday.
The Tunisian team opened the scoring carnival with a goal by Naim Al-Sulaiti in the 56th minute, before making the goal for his colleague Saif Al-Din Al-Jaziri a minute after entering the substitute (77), and Youssef Msakni added the third and fourth goals (80, 85).
Equatorial Guinea completed the last quarter hour of the match with ten players, after its player Juanit Lopez was sent off in the 71st minute with a second yellow card.
Ali Maaloul almost finished the match with a fifth goal in the 90th minute, after a ball hit him from the Guinea goalkeeper, who shot it strangely over the goal.
Thus, Tunisia is now with three points, similar to the Libyan team, which won Wednesday its guest Botswana with a clean goal.