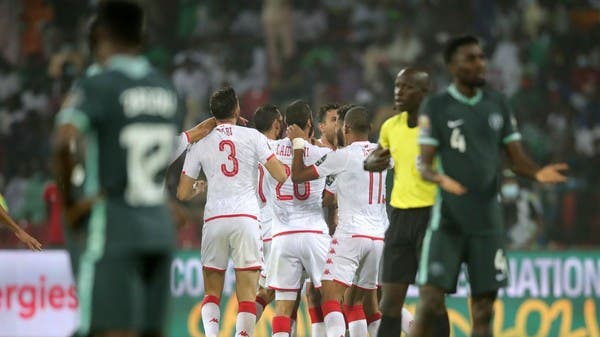 After its epic victory over Nigeria in the round of 16, in the African Cup of Nations, currently being held in Cameroon, the Tunisian team is seeking to advance another step in its campaign towards regaining the continental title that has been absent from its coffers for 18 years.

Tunisia hopes to break the knot with Burkina Faso, and achieve its first victory over the team nicknamed “The Horses” in their direct official confrontations, when it meets with it on Saturday in the quarter-finals of the continental competition.

The Tunisian team challenged the many absences in its ranks, after the Corona virus chased a number of its most prominent stars since the start of his career in the tournament, which also affected the great coach of the team, after reaching the quarter-finals of the African Nations for the fourth consecutive edition, after his victory on Sunday 1 – zero against the national team. Nigeria, who was one of the favorites to win the tournament.

Despite the shaky start of the Tunisian team in the tournament, after it finished third in the standings of the sixth group in the first round, to ascend to the playoffs among the best 4 third-placed teams in the six groups in the first round, with 3 points, but revealed his true face in his confrontation with the team. The Nigerian, who attracted the spotlight to him after qualifying for the round of 16 after achieving the full mark, by winning all three of his meetings in the fourth group, which he deservedly led in the group stage.

The two teams had met in the quarter-finals of the two editions of the competition in 1998 in Burkina Faso and 2017 in Gabon, where the first confrontation ended with the victory of the Burkinabe team on penalties, so that the same thing was repeated in the other meeting that the Carthage Eagles lost 0-2, as this was the last official confrontation between the elect.

The knot of Burkina Faso for the Tunisian team was not limited to the two teams’ meetings with the African nations only, as the Tunisian team was unable to beat the horse team in their two matches in the African qualifiers for the 2010 World Cup in South Africa, after Burkina Faso won 1-2 in the first match that was held in Tunisia , before they tied 0-0 in the other meeting hosted by the Burkinabe capital, Ouagadougou.

It is expected that the Tunisian national team will be strengthened in Saturday’s match by a number of players who have recently recovered from infection with the Corona virus, which caused their absence from facing the Nigerian team, which raises more optimism among the Tunisian fans, regarding the ability of (Carthage Eagles) to continue flying in championship.

Before the start of the fifth official confrontation between the two teams, the players of the Tunisian national team realize that the Burkina Faso team will not be an easy catch, especially after the momentum it obtained by returning to the quarter-finals of the African Nations for the second time in the last three editions.

The Burkina Faso team qualified for the quarter-finals after defeating its Gabonese counterpart on penalties, which the two teams ruled after a 1-1 draw in the original and extra time, as the Burkinabe team aspires to at least repeat its achievement in the 2013 competition in South Africa, when it qualified for the match. final.

The Burkinabe team appeared well during its campaign in the current tournament, after losing 1-2 against its Cameroonian counterpart in the opening match of the competition, but quickly regained its balance with a 1-0 victory over Cape Verde (Cap Verde) in the second round, before drawing 1 – 1 with Ethiopia in the last round of Group A, which won the runner-up with 4 points.

It is scheduled to meet the winner of this meeting, which will be held at (Rumde Adjea) stadium in the Cameroonian city of Garoua, in the semi-finals, with the winner of the match between Senegal and Equatorial Guinea, which will take place on Sunday.