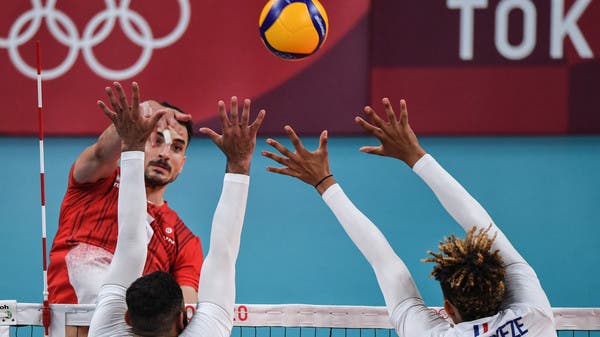 The Tunisian team received its second defeat in a row in the men’s volleyball competitions at the Olympic Games held in the Japanese capital, Tokyo, by losing to its French counterpart 3-0 on Monday in the second group competition.

Tunisia started its Olympic campaign by losing 0-3 to Brazil, with the same result, France lost to America in the first round.

Iran continued its successful start and achieved the second victory in a row, as it defeated Venezuela 3-0 in the first group competitions.

As for the Polish team, it regained its balance and beat its Italian counterpart 3-0 today, 25-20, 26-24, 25-20, knowing that the Italian team had won in the first round against its Canadian counterpart.

The Russian national team achieved its second victory and defeated its American counterpart 3-1 in the second group competition, where it had defeated Argentina in the first round.