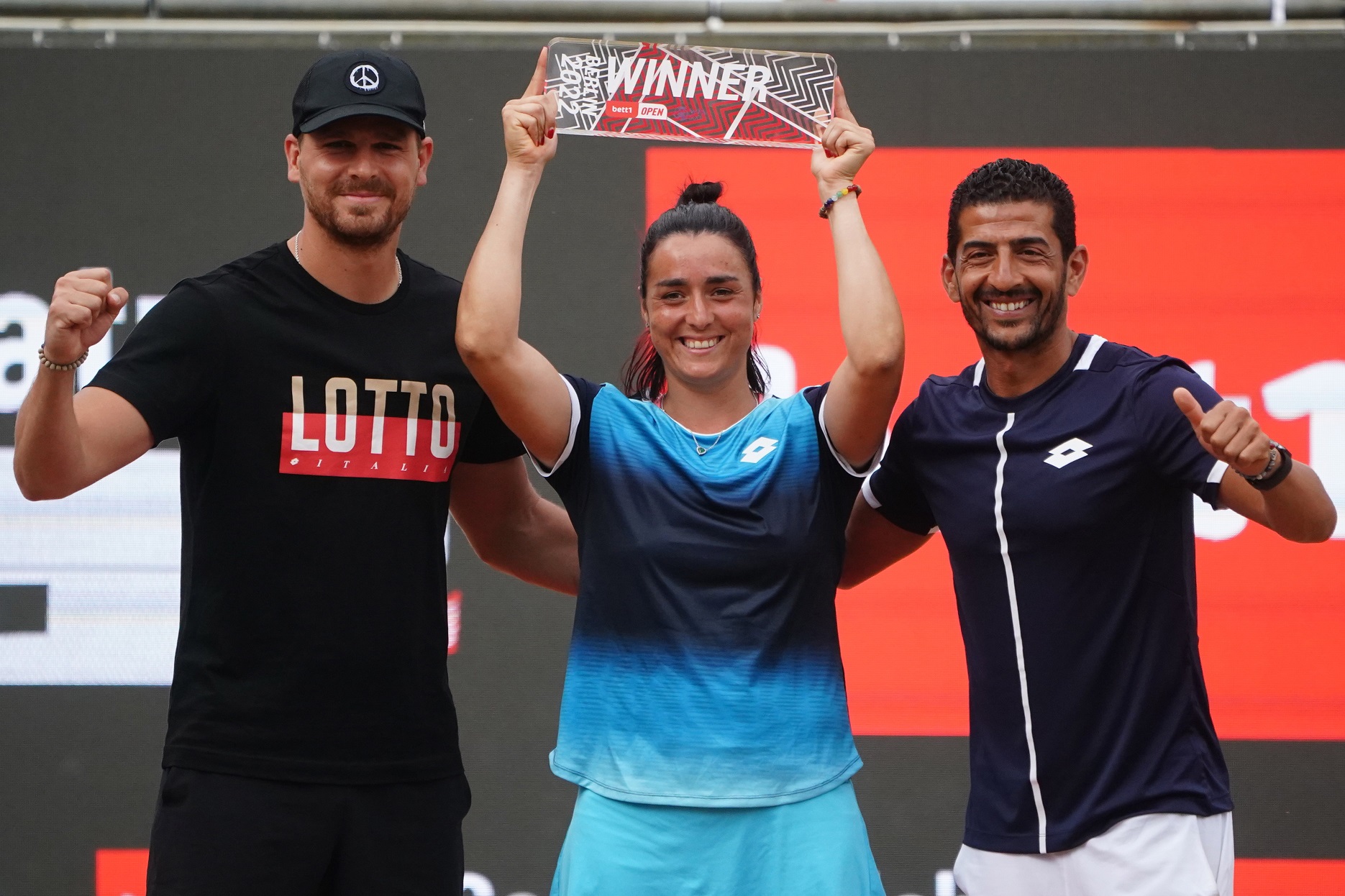 Tunisian Ons Jabeur won her second grasscourt title after Olympic champion Belinda Bencic was forced to withdraw from the final of the Berlin Open due to injury on Sunday.

The Tunisian top seed won the opening set 6-3, with Bencic injuring an ankle in the final game.

The Swiss player tried to hold on, but was eventually forced to withdraw while Ons led 2-1 in the second set.

While the fans saluted the two players, the Tunisian player was busy helping Bencic receive treatment, as she brought her ice to put on her ankle.

Ons lost one set during the tournament, and she will try to maintain her outstanding level when Wimbledon begins on June 27.

The Tunisian player won the Madrid Open title last month, and became only the second player to win more than one title this year after world number one Iga Chiantek.

Ons will advance to third place in the world rankings on Monday.