Turk: Freezing the work and powers of the Supreme Council of Beja Opticals 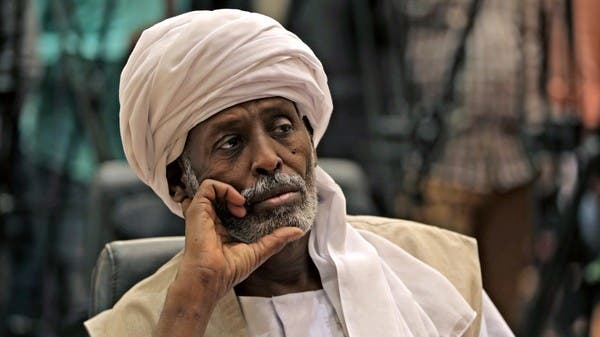 Disagreements still exist in eastern Sudan, especially between the leaders of the Supreme Council of Beja Opticals and the independent columnists.

In this context, the Chairman of the Supreme Council of Beja Opticals and the frozen independent columns in eastern Sudan, the Chairman of the Preparatory Committee for the General Conference of Beja Opticals, Muhammad Al-Amin Turk, announced the freezing of all the secretariats and powers of the Council until the General Conference is held next month to choose new secretariats and presidency of the Council.

In statements to Al-Arabiya/Al-Hadath, Turk said that the freezing decisions came in order to preserve the country’s security after the escalation of speeches within the council, which he described as shameful and flawed.

He also added that some personalities affiliated with the Beja glasses kept issuing decisions without the knowledge of the council leadership.

Turk called on the governments of the Red Sea states, Kassala, and Gedaref in eastern Sudan not to adopt any letter issued by the leaders of the Beja Council and the independent columns.

At the same time, he called on the security and political leadership in the country to accept the freezing decisions and deal with all developments related to them.

Turk indicated that their relationship with the Vice-President of the Sovereign Council, Muhammad Hamdan Dagalo (Hemedti), which he described as good, does not prevent them from calling for the necessity of canceling the eastern path contained in the Juba Agreement.

It is noteworthy that the Supreme Council of Beja Opticals, headed by Muhammad al-Amin left the leader of the Hadandawa tribe, is pressing in the direction of canceling the eastern path, as his supporters implemented a comprehensive closure of eastern Sudan that lasted about 3 weeks, before lifting it in response to local and external mediation, but they gave the authorities in Khartoum a month. to implement the requirement.

It is noteworthy that the Beja tribe, one of the largest population components in the east of the country, began on September 17 (2021), closing the main port of Port Sudan and placing barricades in many cities and points on the main road through which the country’s exports and imports pass, as well as closing Lines of export and import of oil.

Before some mediations led by the Sovereign Council at that time led to the temporary suspension of the strike.