Turkey.. 17 people died as a result of torrential rains that hit the northern states of the country 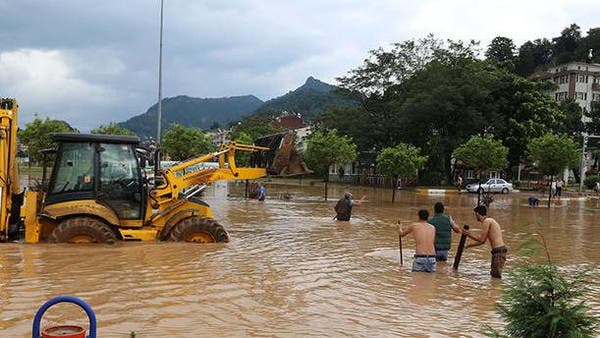 The Anatolia news agency quoted Turkish President Recep Tayyip Erdogan, today, Thursday, as saying that 17 people were killed in torrential rains in three states in the north of the country.

She added that the floods occurred in the states of Kastamonu, Sinop and Bartin.

While Turkey is still recovering from massive fires that killed eight people in the southern tourist area.

The fire crisis that erupted late last month in several Turkish states and continues in some of them until now, has turned into a new occasion for the Turks to criticize their country’s government for its handling of the fires that destroyed more than 100,000 hectares of land so far, but the authorities met these criticisms with lawsuits under the pretext of insulting The state and its president, Recep Tayyip Erdogan, who also leads the ruling Justice and Development Party.

The Turkish judiciary moved with the Public Prosecution and the security services to silence bloggers on social media who were accused by the authorities of “causing anxiety, fear and panic among the population and insulting the Turkish government,” accusations that will be decided by the Ankara Public Prosecutor, who launched investigations into tweets published by the Turks under the hashtag # HelpTurkey on Twitter, which angered Erdogan personally.

Local media reported that what angered Erdogan was that a number of Turkish tweeters raised the issue of owning a 300-room summer palace in the town of Marmaris, which was badly damaged by the recent fires, and a presidential fleet of 13 planes, while his country does not have a single plane to extinguish the fires. Which erupted in large areas of its forests in areas overlooking the Aegean Sea and the Mediterranean Sea.

And the Turkish government’s attempts to silence critical and dissenting voices on social media did not stop alone. The Turkish Radio and Television Supreme Council, known as RTÜK, which regulates the work of local media, issued an ultimatum to fine TV stations that continue to broadcast live images of the fires and publish news that “provokes fear in the population.” and worry them.”