Turkey..Four dead and missing in floods in Ankara 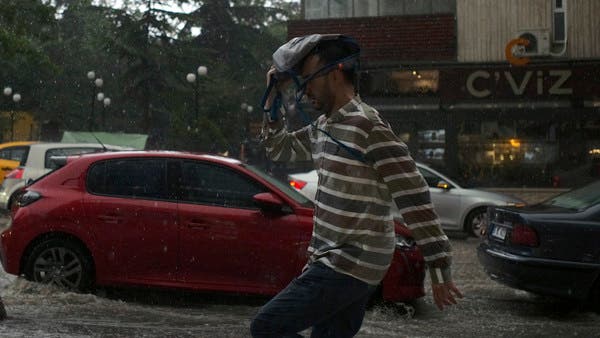 Four people were killed and another missing in floods that have hit central Turkey since Saturday, especially the capital, Ankara, where more rain is expected on Monday, Turkish media reported.

Three bodies were found in Ankara province, where rescue teams were still searching on Monday for a fourth missing victim.

The floods also claimed the life of a person in Kerman (central), according to the local press.

Heavy rains and hailstorms hit the center of the country on Saturday and Sunday, causing damage to several cities in northern and central Turkey.

Eight villages were still inaccessible Monday morning in Kastamonu (north) due to floods that caused the collapse of roads.

Yellow and orange warnings were issued for 42 towns in central and northern Turkey on Monday.

And closed primary and secondary schools, Monday, in Ankara and Gemerek (center).