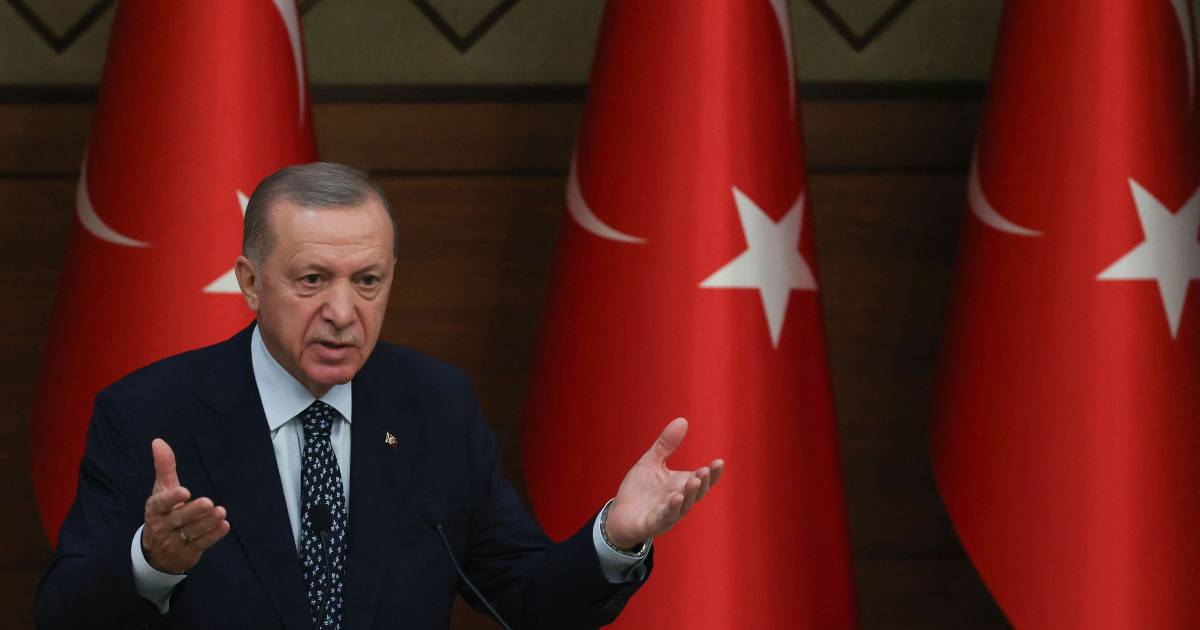 Turkey is furious over a video from a Kurdish group in Sweden showing President Recep Tayyip Erdogan dangling from a rope by his legs. The Swedish ambassador in Ankara has been summoned to provide explanations.

In the video posted on Twitter by the Rojava committee in Sweden, which campaigns for Kurdish fighters in Syria, among other things, Erdogan is compared to the Italian fascist Benito Mussolini. The dictator was hanged upside down after his execution at the end of World War II.

“History shows how dictators end,” the group captioned a video with photos of Mussolini’s execution in 1945. An Erdogan doll dangling from a rope is then shown. It is time for Erdogan to step down.

NATO member Turkey is exerting pressure on Sweden and Finland to extradite suspected Kurdish terrorists as a condition of agreeing to NATO membership requested by both countries. Stockholm should also prosecute the Rojava committee, which is said to consist of members of the banned Turkish workers’ party PKK, Ankara believes. The Rojava committee therefore links in a tweet to an event created on Facebook: a demonstration will take place in Stockholm on Saturday afternoon, January 21 against the Swedish NATO application and the related Turkish, ‘fascist’ demands.

Swedish Foreign Minister Tobias Billström has condemned the video. Stockholm supports an open debate about politics but “distances itself from threats and hatred against political representatives,” Billström wrote. “Depicting a popularly elected president being executed outside City Hall is abhorrent,” he said.

Billström visited Ankara last month in an attempt to finalize NATO membership. The Swedish government recently indicated that it has reached the limit of what it can do to meet Ankara’s demands. This mainly concerns the extradition of suspects, in which the independent judiciary plays a decisive role.