Turkey: We will raise representation with Israel to the level of ambassadors 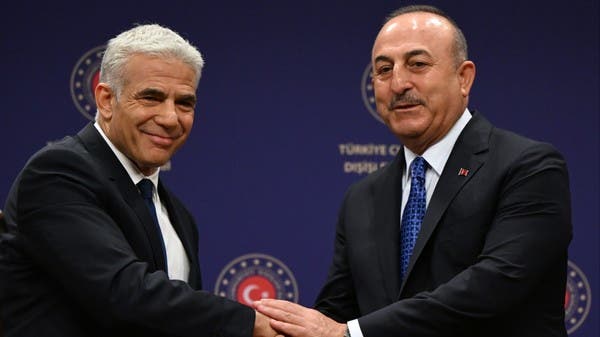 After his country revealed that it had thwarted an Iranian plot to target Israelis, Turkish Foreign Minister Mevlut Cavusoglu announced today, Thursday, that Turkey and Israel have begun work to restore diplomatic representation between them to the level of ambassadors.

In a joint press conference with his Israeli counterpart, Yair Lapid, who visited Ankara on Thursday, he said that the two countries are in close contact with regard to threats against the Israelis in Turkey.

He also stressed that the Turkish authorities would not allow terrorist attacks to take place on its soil, according to what Reuters reported.

For his part, Yair stressed that Tel Aviv will not stand idly by in the face of any Iranian threats. He stressed that Tehran planned to carry out terrorist attacks, but the Turkish authorities exposed them.

In addition, the Israeli minister thanked Ankara for its help in “thwarting an Iranian plot to target Israelis in Istanbul,” stressing that “efforts are still underway in this regard.”

He also considered that “the lives of Israeli citizens have been saved in recent weeks thanks to the security and diplomatic cooperation between the two countries.” “These efforts will continue,” he added.

This came a few hours after the Turkish authorities announced the arrest of a terrorist cell that included 5 Iranians, who had planned to kidnap and target Israeli tourists on Turkish soil, especially in Istanbul, according to local media reports.

Last week, Israel warned of Iranian attempts in this regard, and called on all its citizens to leave Turkey.

It is noteworthy that the Turkish-Israeli relations have witnessed over the past years some tension in speeches and statements, which led to the severing of diplomatic relations, but it seems that things have returned to normal recently.